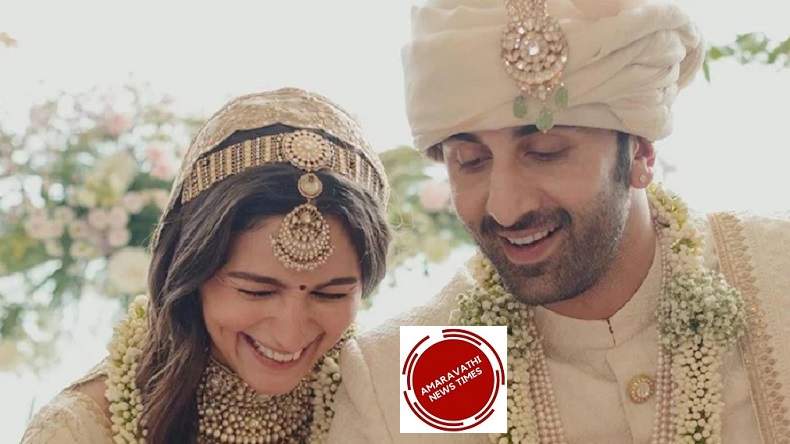 Bollywood’s young couple Ranbir Kapoor and Alia Bhatt became parents. Both of them were promoted as parents within a few months of their marriage. Alia recently gave birth to a baby girl. Alia Bhatt along with her husband came to HN Reliance Hospital in Mumbai on Sunday morning.

She was admitted in the hospital as the delivery time was approaching. After that, Alia’s mother Soni Razdan also reached the hospital. Alia Ranbir got married in April this year. But a few days after the wedding… Aaliya shocked everyone by posting on social media that she was pregnant.

She posted a picture of her being scanned in the hospital. Ranbir Kapoor is in this pic. In October, the Kapoor family also held a grand ceremony for Aaliya. Along with the family members, many celebrities were also invited for this event. Alia Baby Shower’s pics also went viral.

On the other hand, when it comes to Alia.. Avlia Bhatt is on full swing in her career with back to back blockbusters in 2022 like RRR, Gangubhai & Brahmastra Movies. This Bollywood Beauty made noise by participating in films and shootings even during her pregnancy. Alia was also spotted with a baby bump in Brahmastra promotions. It is known that Alia acted with Ranbir in Brahmastra. This movie was a Big hit at the box office. Bollywood industry has given a hit after many days.

Alia Bhatt appeared in the role of Sita opposite to Ramcharan in this movie. Everyone was impressed with her performance as Sita. Alia’s film Gangubhai Kathiyawadi was also critically acclaimed. It is known that this movie is directed by famous Bollywood director Sanjay Leela Bhansali.

The couple’s first film ‘Brahmastra’ released on September 9 and collected more than Rs.400 crore. Also, this couple, who have been in love for many years, got married on April 14 this year. Alia got pregnant three months later.

For a few days now, there have been reports that Alia is in the hospital due to the fact that her delivery time is near. Today (November 6) Alia gave birth. At exactly 12.05 this beauty gave birth to a girl. With this, the Kapoor family is indulging in joy as Mahalakshmi has come to their home.