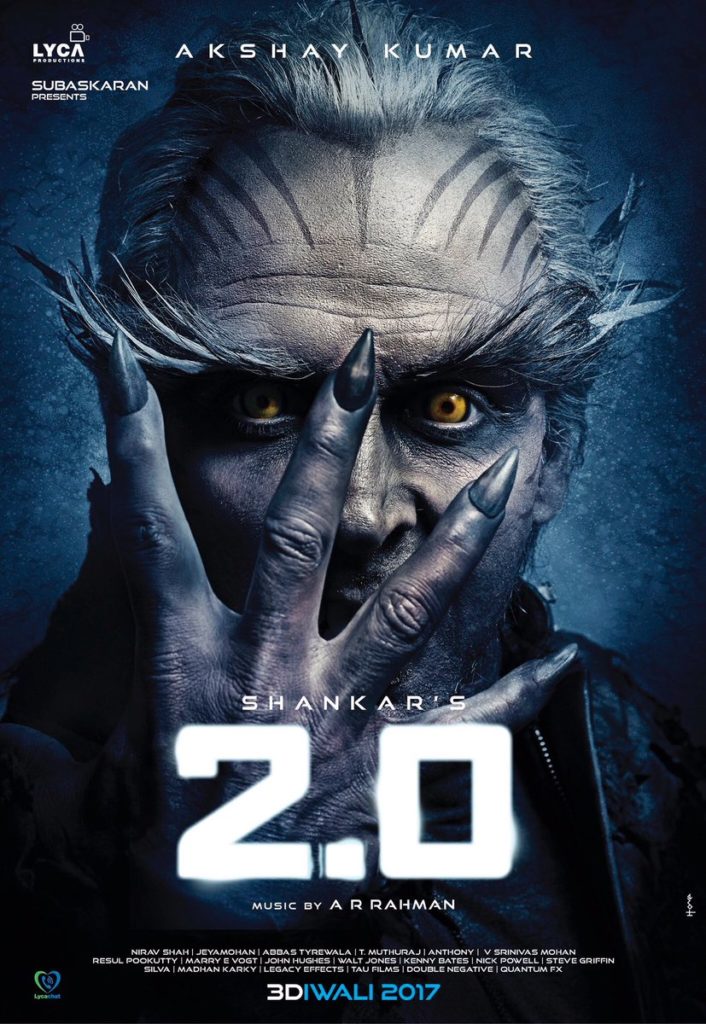 Director Shankar Shanmugam who is India’s one of the top Director from South. He is well known for making Big Budget Movies in his Own Style of Making. Shankar is also called as Indian Spielberg and Cameroon. Now the news is about his latest venture Super Star Rajinikanth Starrer ROBO 2.0 Movie. Amy Jackson playing opposite to Rajinikanth. ROBO 2.0 is a Sequel of ROBO Movie which is released in 2010. Bollywood Super Star Akshay Kumar playing Villain Role in this Movie. Being one of the Most Successful Hero in Bollywood Akshay Kumar signed for this Movie as a Villain, Many of them Shocked about his decision.

But there is Strong reason behind Akshay Kumar decision. Akshay Kumar is playing First time doing in a South Indian Movie that to First time as Villain. The Villain Character has different shades in this Movie like Raavan Character in Ramayana. Akshay will seem in 12 different Shade Character in this ROBO 2.0 Movie. Which is a Scientist Character one of them and Akshay is also playing a Crow man Character, where no one played the Role in World Movie history. Another Known fact is that Akshay Kumar is taking highest Remuneration for this Movie. Where his Remuneration is 2 Crores Per Day. This is the Highest Remuneration for ever in Indian Cinema a Villain Taking. Akshay Kumar Remuneration is higher than Rajinikanth in This Movie. ROBO 2.0 Villain has the same Importance in this Movie, Where the Hero has.

These are the Major reasons behind doing Villain role in this ROBO 2.0 Movie. In this Movie Akshay is spending more time for Make up Only. The Movie ROBO 2.0 is making with a Whopping budget around 450 Crores which is highest Budget movie in Indian Cinema up to now. Oscar Winner A.R. Rahman Composing music for the Flick. Producing by Subashkaran Allirajah in the Banner of Lyca Productions, Story written by Shankar Shanmugam and B. Jeya Mohan. Cinematography by Nirav Shah and Editing by Anthony. VFX by V. Srinivas Mohan. The Movie ROBO 2.0 is scheduled to release on Diwali on 18th October This Year Worldwide.