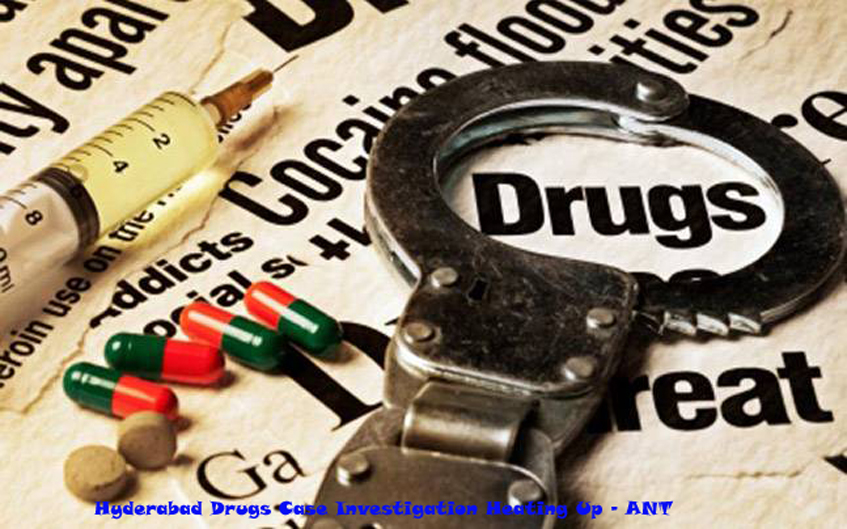 The Drugs Mafia is Majorly Involved by Local and International Drug Peddler from Nigeria and Chicago. Kelvin who is running this Drug Racket in Hyderabad and a Jishan Ali Nigerian who are Involved in this racket and have contacts with the above Tollywood People. Now the Excise Department SIT team is Interrogating these People.

The SIT team took the Blood, Hair, Nail and Saliva from Tarun, Puri Jagannath and Subbaraju. On Monday The SIT team is going to Interrogate Hero Navdeep, On Tuesday Raviteja and on Wednesday Charmi and on Thursday Mumaith Khan is going to Interrogate. In the SIT Team Interrogation Nigerian Drug Peddler Jishan Ali confessed the Crime and gave information that he supplied Drugs to Hero Ravi Teja. He supplied Drugs to Many Industry People through Ravi Teja that Jishan confesse in front of SIT Team.

Now the case forwarding in iit’s Investigation and taking a huge turn that Hero ravi Teja is Deeply Involved in this case, But whether it is true or not to be need to confirm by the SIT Team. The SIT team is yet interrogate Hero Ravi Teja. Earlier Ravi Teja Two brothers are involved in this drugs Issue that which may be turns in to Sport Spoiler to Hero Ravi Teja.

Hero tarun informed to the SIT in the Interrogation that Many Pubs in Hyderabad supplying Drugs in Night Parties. Now the SIT Team sent Notice to 19 Pubs in Hyderabad. Heroine Charmi is also deeply involved in this Drugs case that she has contacts with Drug Peddlers which is news spreading in Media that Kelvin confessed his offence before SIT team and gave the Information about Charmi.

The All Tollywood People are facing SIT Interrogation are only Suspects in this case not Crime accused and Investigation is still going on. There is a News spreading that Drugs issue is involved with not only Tollywood Industry, But also many other Business, Political and Educational and Pubs as well involved in this that supplying and consuming Drugs.

Akun Sabharwal and Team is taking this as a Challenge and trying find the roots and traits of this Drugs Mafia which shaking the International City Hyderabad. so the Government taking this issue as much as serious and want to make the Telangana State Drugs Free. Another side Senior Congress Political Leader Digvijay Singh tweeted that Many TRS Political Leaders Heirs in this Drugs Case and hiding them.

Let’s wait and see the coming days how the case will take turns.