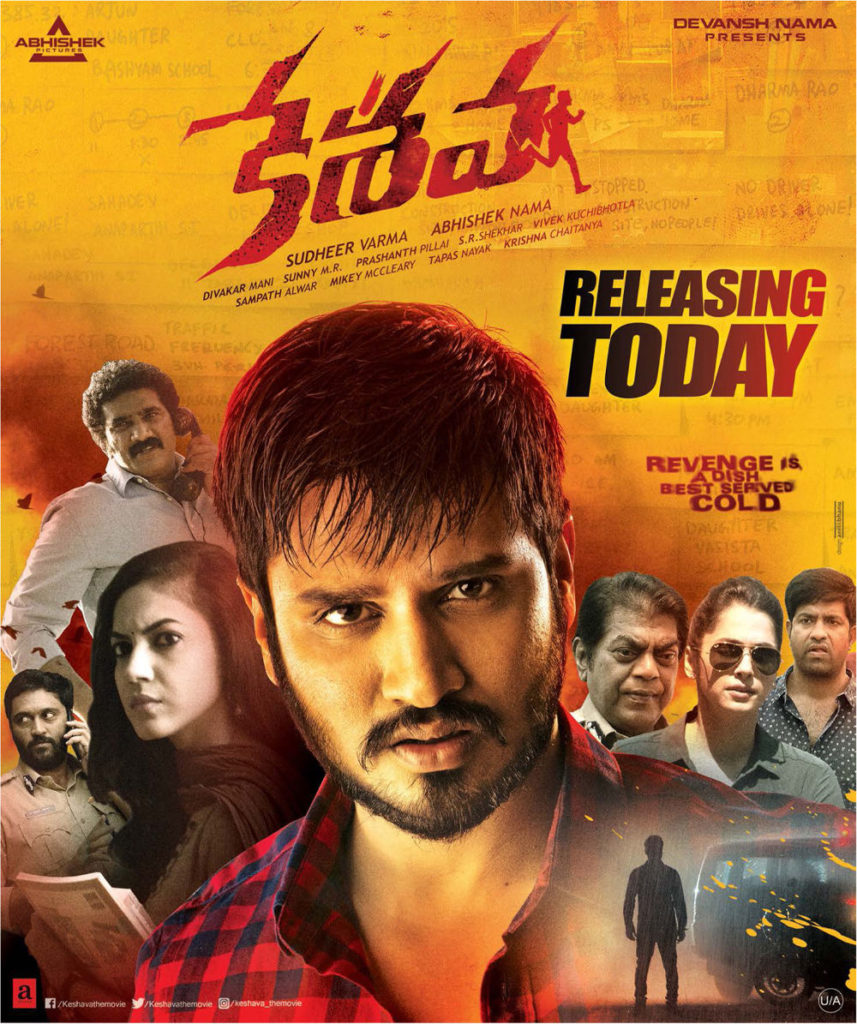 Nikhil Siddhartha Who is One of the Young Talented Actor from Tollywood is growing day by day with his Zonner of Movie Selection, Different Story Line and daring Performance of with different Subjects. Nikhil who Started his movie journey with Happy Days and now he is well matured Playing roles in Movies with his own Acting Style. This 31 Years Young Hero giving Fabulous tough Competition to Ram Charan, Nani, Naga Chaitanya, Ram, Nithin, Sai Dharam Tej, Varun Tej, Sarwanand, Sandeep Kishan and Manchu Manoj. Even he mesmerizing these Tollywood Young Heroes with his Movie Selection and Stories. If we take look into his Career his Previous Movies are exceptionally done well at Tollywood Box Office like from Swami Rara(Super Hit), Karthikeya(Super Hit), Surya vs Surya(Hit), Shankarabharanam(Above Average), Ekkadiki Pothavu Chinnavada(Blockbuster Hit) and now Keshava.

There is no question about Hit or Flop his movies doing good business at Box Office. His acting skills and performance are quiet Impressive and improving at all. Nikihil Siddharth last movie Ekkadiki Pothavu Chinnavada which is a Blockbuster movie even released at the time of Demonetization.

Now this Young Bubbly Hero Came with his latest Flick named Keshava Movie. Keshava Movie is a Action Thriller Revenge Drama. In this Movie Nikhil Action and Performances are Exceptionally well. Now this time he came up with another different Subject which has a Huge scope Perform. Keshava is 14th Movie of Nikhil as a Hero and 16th Movie including cameo Roles in Tollywood.

Keshava (Nikhil) who is a law studying student in Kakinada who has a Rare Heart disease that having heart at right side of his body and always he has to control his Emotions to Live Life. Keshava lost his family in his Childhood. Keshava has only one mission in his life that to take vengeance of the killing of his parents to Justice himself. He knows that some police officers did this on purpose. He ready to kill them off one by one with meticulous planning, with out any fear and tension less by controlling his Emotions.

Keshava’s Co Student Sathya Bhama (Ritu Varma) gets suspect that there is relation between the murders of policemen and Keshava Behavior. when She confronted him, Keshava tells the whole story. After Knowing his Past Sathya Bhama tries to help him. The Other End The Police Department hand ours the case of 2 Police men Murder mystery to IPS officer Sharmila Mishra (Isha Koppikar)to Investigate sudden deaths of the two officers. Sharmila Mishra easily trace out the Murder mystery and the Keshava is behind these Murders of police officers but she has no proper evidence against him.

Will he complete the mission of killing all Police men who involved in his Parents Murder. Keshava who has Heart Disease has took revenge by killing all of them. Whether IPS Officer Sharmila has come to know his real motive of Killing Police Men and does she supports Keshava or not is the rest of the Story. 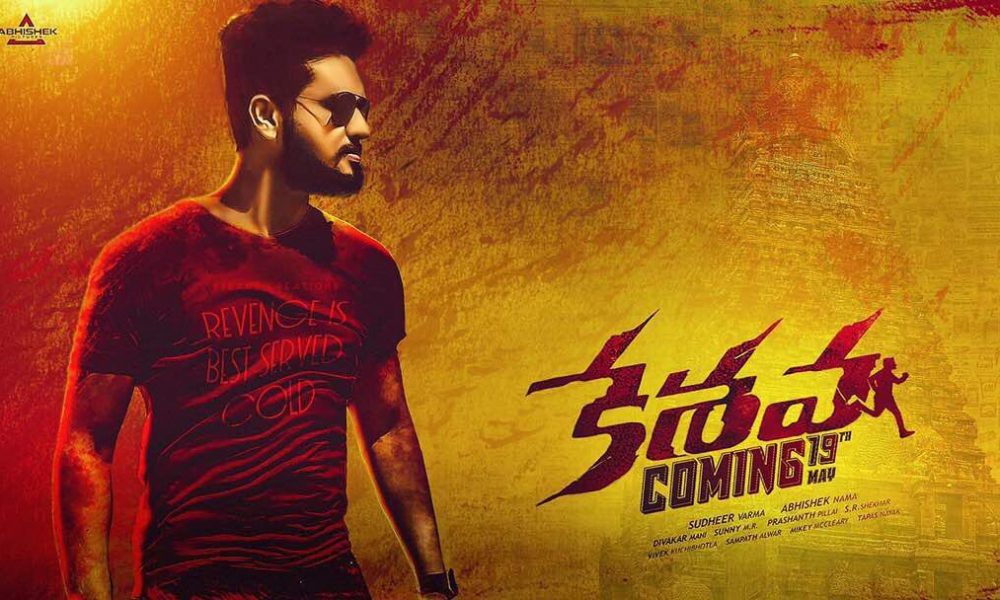 Basically it’s an Action, Thriller Revenge Drama which rotates around the Keshava Character. Nikhil Siddharta as Keshava mesmerized with new look and performance with a different Role and Subject. Nikhil performance asset to the movie. Ritu Varma has done justice to her role up to that her character appears on screen. Isha Koppikar after a long back seems to be in Tollywood Movie. Done Amazing Job with her role. Vennela Kishore has a Good timing with his comedy. Rao Ramesh, Brahmaji, Ajay, Raja Ravindra, Priyadarshi Pullikonda, Ravi Prakash and Sameer done justice to their roles in the Movie. 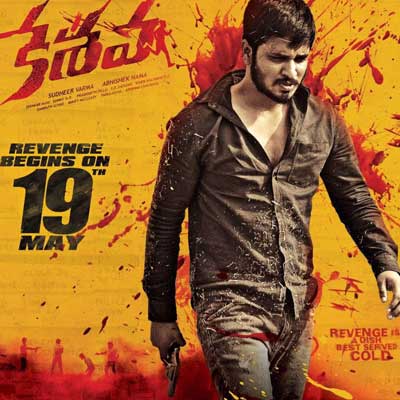 Sudheer Varma Screen Play, Story and Direction is Good in terms of narration and Gripping Screen play and taking. First of made Exceptionally well. Coming to Second half the Director not much focused on Logic and Conclusion , which makes Some lagging between scenes. But Over all the Movie is Very good and Direction aslo Good. The Movie Major asset is Cinematography takes the movie to the next level. Divakar Mani Cinematography Excelled the movie. Sunny M.R Music and Songs are Good and Situational in the Movie. Prashanth Pillai Back Ground Score gives life to this Action Thriller Revenge Drama. Kudos to Prashanth Pillai. Krishna Chaitanya Dialogues and S R Shekar editing is Good. Technical department and Hard work reflects in the Movie.