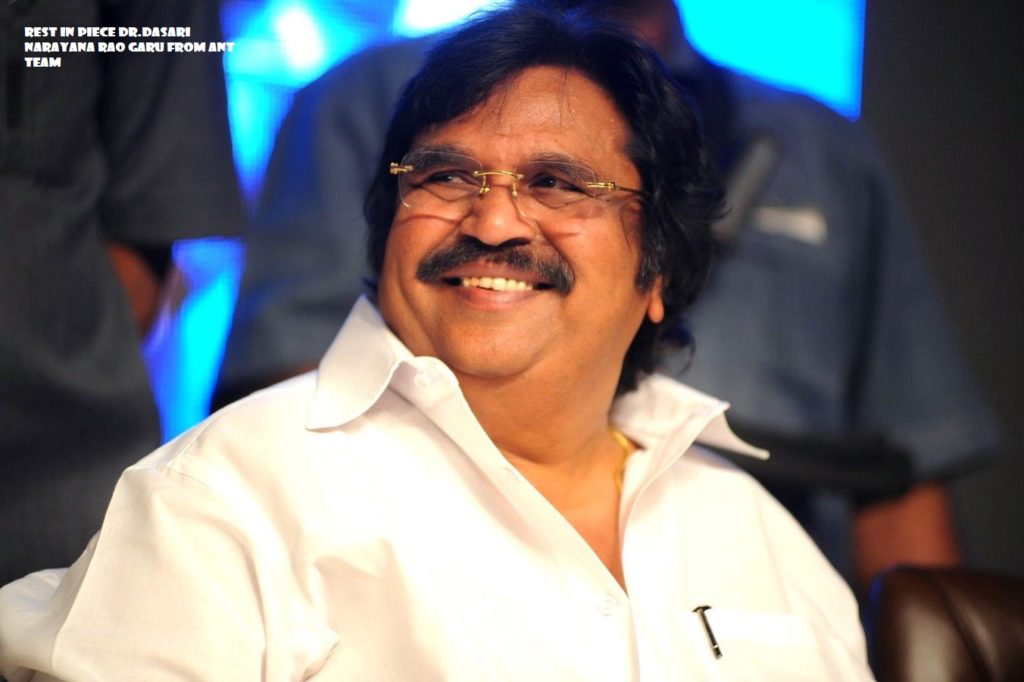 Indian Legendary Director from Tollywood Dr. Dasari Narayana Rao Garu passed Away today Evening at KIMS Hospital in Hyderabad. The Star Director is suffering from Kidney and Liver Infection for few couple of months and under gone for treatment in KIMS Hospital. It seems he recovered Well and back to home. But few days back he is admitted again in KIMS Hospital due to same infection Decease.

Dr. Dasari Narayana Rao Garu born on 4 May 1942 in Palakollu, West Godavari District. The 75 Years old Director Started his career as Director with Tata Manavadu Movie in Telugu and his Movie Journey continued for decades as a huge Successful Director in Telugu, Tamil, Hindi as well. He is the one of the Top Most Directors Telugu Industry who is became famous in South and Bollywood. He almost directed more than 140+ movies in his career. ‘Erra Bassu’ is his last movie as director in his Career.

Dasari also famous and familiar in National Politics. He was elected and nominated as Rajya Sabha Member and Minister of State and national Ministry of Coal. Dr. Dasari Narayana Rao supposed to do a movie with Power Star Pawan Kalyan. Dasari Garu and Pawan looking for good Script on Political and Message oriented, due to this the movie is not able to make entry on floors.

There are many best movies in his career as Director, Producer and as Actor which have above 90% of Success Rate and created wonders at Box Office. Tata Manavadu, Swargam Narakam, Sivaranjani, Gorintaku, Sardar Paparayudu, Premabhishekam, Bobbili Puli, Swayamvaram, Meghasandesam, Majnu, Mamagaru, Amma Rajinama, Bangaru Kutumbam, Orey Rikshaw, Osey Ramulamma are the a few Epic Flicks in his Movie Career set as some examples for his Directorial Brilliancy. The Tollywood Film Industry is shocked about the News that Dr. Narayana Rao Garu passed away.

Dr. Dasari Narayana Rao Funeral Ceremony will be held at his Guest House in Moinabad. Rest in Peace Dasari Garu.