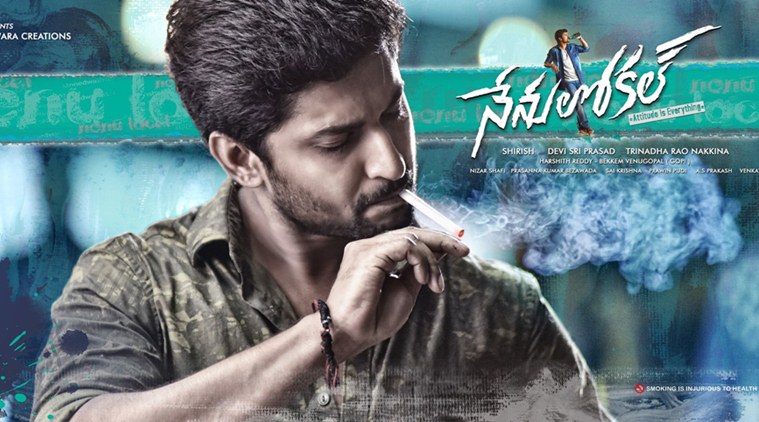 Natural Star Nani is on full swing with back to back five consecutive hits in his Career. Now his eye is on the track of Double Ht-trick. He is giving huge competition to all Young Hero’s with his Acting style and performance. There are many sensational new and First time combinations in this Movie. Nani and Keerthy Suresh pairing up first time, Nani and Producer Dil Raju Combination Teaming up First time and Nani and Music Director Devi Sri Prasad Combination fro the first time with the Nenu Local.

Natural Star Nani’s Nenu Local Movie Rotates around an easy going guy Babu (Nani) who saved backlogs in his engineering graduation and has been backed by caring parents Posani and . Once he completes his Graduation, Every one asks him what next, he is irritated with the questions asking at that time he spots Keerthy (Keerthy Suresh) and falls in love with Keerthy and tries to impress her in every possible way, (and her dad too) and for that sake only he joins MBA with her in the same college. Finally it’s a Situation that every thing is going to be fine, her father (Sachin Khedekar) turns against to him. Siddhartha Varma (Naveen Chandra) who is a Sub Inspector(SI) enters into the Story. Keerthy’s father wish to make her wedding with Siddhartha because he is working a SI. Then how Babu faced challenges and impressed Keerthy’s father to Convey him for their marriage, how he faced Siddhartha are the rest of the Story.

Natural Star Nani Performance as usually at peaks with his style of Dialogues and modulation. Keerthy Suresh looks Very Bubbly Character in this Movie. Posani as hero father role and the dialogues he deliver like..’Prapamchamlo Vunna Andamaina Ammayilau andaru edhavalake padatharu’. There will be many comedy scenes between Nani and other comedians. The second will make the audience laugh to the humor with the entry of Vennala Kishore, Krishna Bhagwan and Raghu Babu. Rao Ramesh makes an entry at the final stage which leads to climax. There are some emotional scenes between heroine Keerthy (Keerthy Suresh) and her father (Sachin). There will be asusually a fight scene in the climax which leads to the success story of Babu and Keerthy. There is a dialogue at the end card from Nani which made everyone laugh, ‘Ee Madhya Kalam lo Local Feeling Rechagotti iddaru gelicharu, Okati Trump rendu nenu’.

Nani’s one man show with his timing and his mass histrionics Funny and crisp dialogues.

Nenu Local is a Pakka Comedy and Romantic Entertainer.