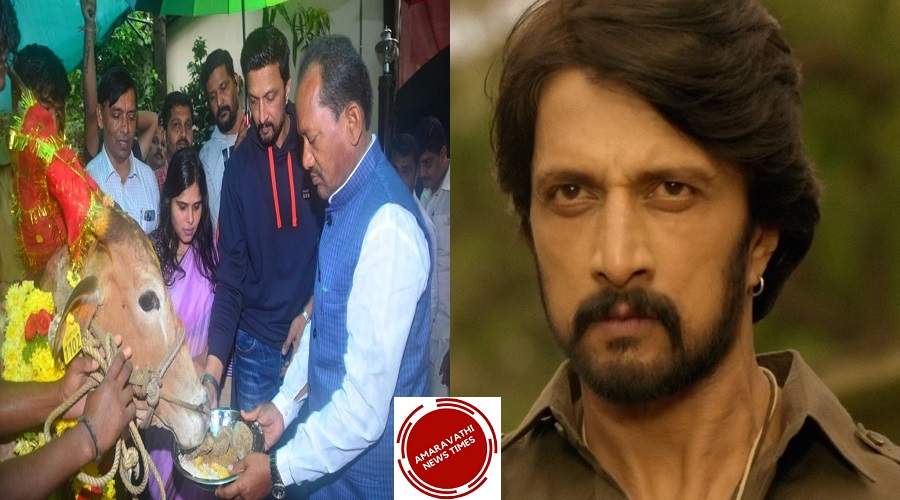 Kiccha Sudeep is one of the fine actors who has made a name for himself in Sandalwood and Tollywood industries. Kiccha Sudeep got huge famous and applauds from Tollywood for his performances in Eega(Naan Ee), Bahubali, Rann, Phoonk, Rakta Charitra, Dabaang 3 and Marakkar Movies. This year, Kiccha Sudeep has delivered blockbuster with Vikrant Rona movie in South as well as Hindi( Pan India Movie) collected more than 400 Crores. It is known that this movie, which was made as a horror thriller, impressed the audience from all walks of life. But recently Kichcha Sudeep is in the news by adopting cows.

Kiccha Sudeep is making a name for himself by adopting 31 cows at once. Kichcha Sudeep has become the brand ambassador of Punyakoti Datta Yojana and the announcement of adopting a large number of cows is making many people happy. Positive comments are also being expressed from the public about this scheme implemented by the Karnataka government to sustain the cowsheds financially.

It has to be seen how much response Sudeep will get from people to adopt cows. Sudeep recently performed Cow Pooja and the photos related to it are currently going viral on social media. On the other hand, Sudeep will soon give clarity regarding his future projects. Sudeep’s films are doing record business.

Sudeep who has won many awards as an actor has also earned a good reputation as a playback singer. Sudeep is currently acting in a movie called Kabja, which will be released in theaters soon. Comments are heard that Sudeep will get another success with the movie Kabja. It is known that the mileage and craze of Sudeep as an actor is increasing.