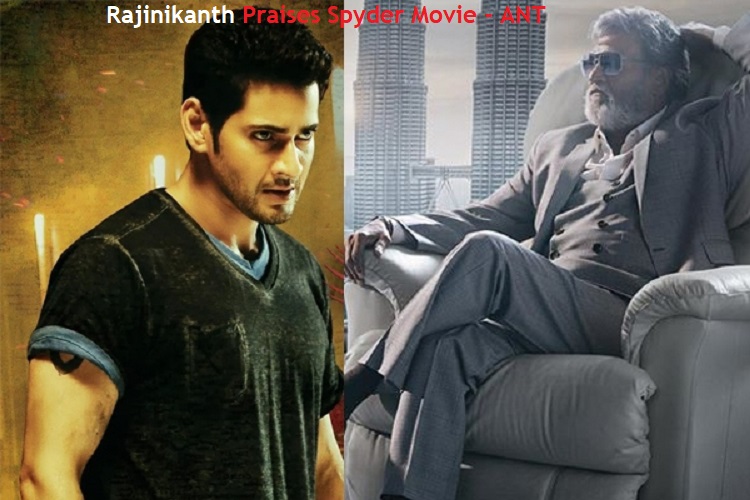 Tamil Ace Director AR Murugadoss directed Latest flick Spyder Movie released in the Telugu and Tamil as well simultaneously. Super Star Rajinikanth watched the Spyder Movie with a Special Show which is played for him. After watching the movie Rajinikanth told that Movie is mesmourized him. The Spyder Movie content has contains not only a tremendous Action part and A Good Message is incorporated in the movie which is superb.

Rajinikanth applauds AR Murugadoss for his Direction and Mahesh Babu’s Action and Performance. South Super Star praised the whole movie unit that who is take a part in making such a wonderful movie Rajini commented on the Movie and it’s Team. Super Star Mahesh Babu direct debut movie in Tamil.