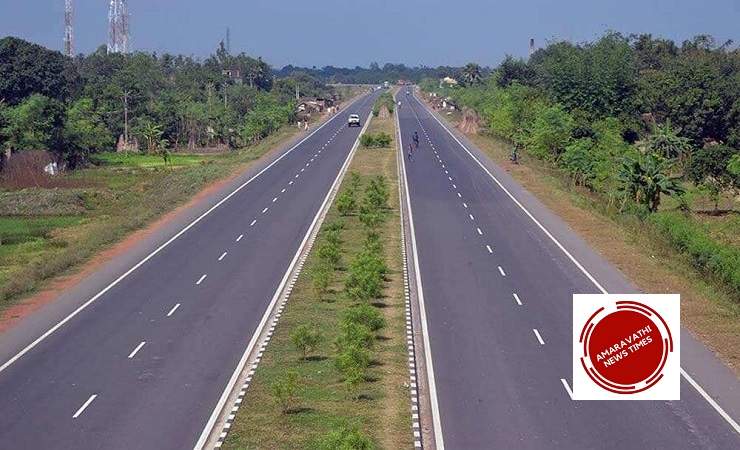 PD Prashant About Chittoor’s progress as an industrial development to clear doubts about compensation.

National Highways Authority of India (NHAI)-Chittoor PD Prashant stated that the construction works of Bangalore-Chennai Expressway (NE-7) and Chittoor-Tachuru Expressway (NH-716B) undertaken as part of Bharatmala project are being prepared to start as soon as possible. At present site clearance work is going on in some packages.

He made it clear that these will be sorted out soon. Collector, JC is persistent in this matter. The roads will be made available within 24 months after the works start. He expressed hope that Chittoor district will progress industrially with the construction of these two express roads.

He talked to NHAI PD Prashanth about the progress of Bangalore-Chennai and Chittoor-Tachur Expressway, which is being built at a cost of Rs.21 thousand crores, compensation for farmers who are losing their lands, and environmental clearances.

Proposals have been sent from the state to the Union Ministry of Environment and Forests seeking permission for the Kaundinya sanctuary in the second package for Chennai and Bengaluru metropolises. We expect the approval to be given this month. There are no difficulties in terms of compensation in the construction of this express road.

If this is completed, then Bangalore and Chennai can be reached quickly. Industrialists are likely to come forward to invest in the district. Shipping is fast. As a result, Chittoor will become industrialized and migration may decrease.

Chittoor-Tachoor works will soon be constructed with a cost of Rs.3,200 crores and 116 kilometers of Chittoor-Tachoor express road in six lines. This road starts from Chittoor and connects with Ennore and Kattupally ports. Environmental clearances have been obtained for the district.

We are doing some preliminary work as there is a possibility of signing the contract soon to start construction. In Tamil Nadu as well, officials of that state are approaching the Center seeking permission. This road will be completed and made available in 24 months. Some objections arose in Chittoor mandal in terms of compensation. We will convince the farmers and take up the work with their approval.

By October 2024, the road will be a one-way Bengaluru-Chennai Expressway (NE-7) starting at Hoskota in Karnataka and ending at Sriperumbudur in Tamil Nadu. 85 km of this road will be constructed in four lines at a cost of Rs.18 thousand crores and will be 262 km in Chittoor district. After a few years it will be expanded to eight rows. We have divided the work into three phases.

In the second phase, the construction will take place in the district. We have done this in three packages. The first package is Betamangala-Byreddypalle, the second is Byreddypalle-Bangarupalayam, and the third is Bangarupalyam-Gudipala. For the first and two packages, October 10 and the fourth of the same month were agreed to start the works respectively.

The works will be completed in 24 months from then i.e. by the end of October 2024. We have already paid compensation to most of the farmers. If there are any doubts, we are clearing them immediately. Now tree removal and ground leveling work is going on.