The two Players discussed about Telugu Movies… in their conversation Ashwin asked Hanuma Vihari that he is watching Amazon Prime in the Lockdown period. Ashwin says that he is following Telugu movies and keen to watch.

“When Ashwin asked Vihari about which is the latest best movie in telugu to watch and then Vihari replied….Bheeshma is the best one to watch on Prime. Viahari also mentioned that he watched the Bheeshma movie and it’s most funniest and entertaining movie. 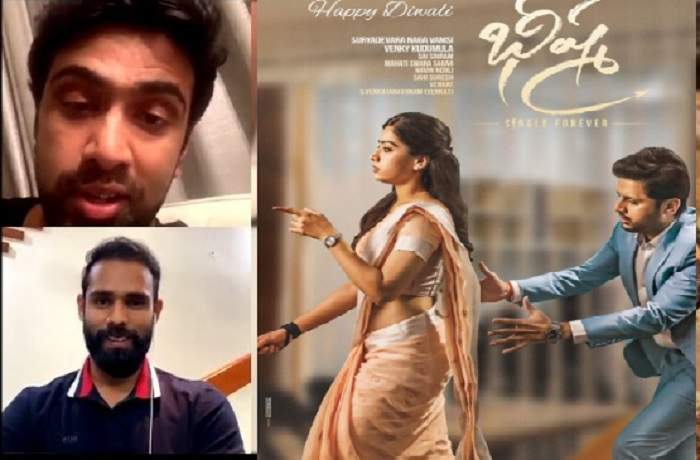