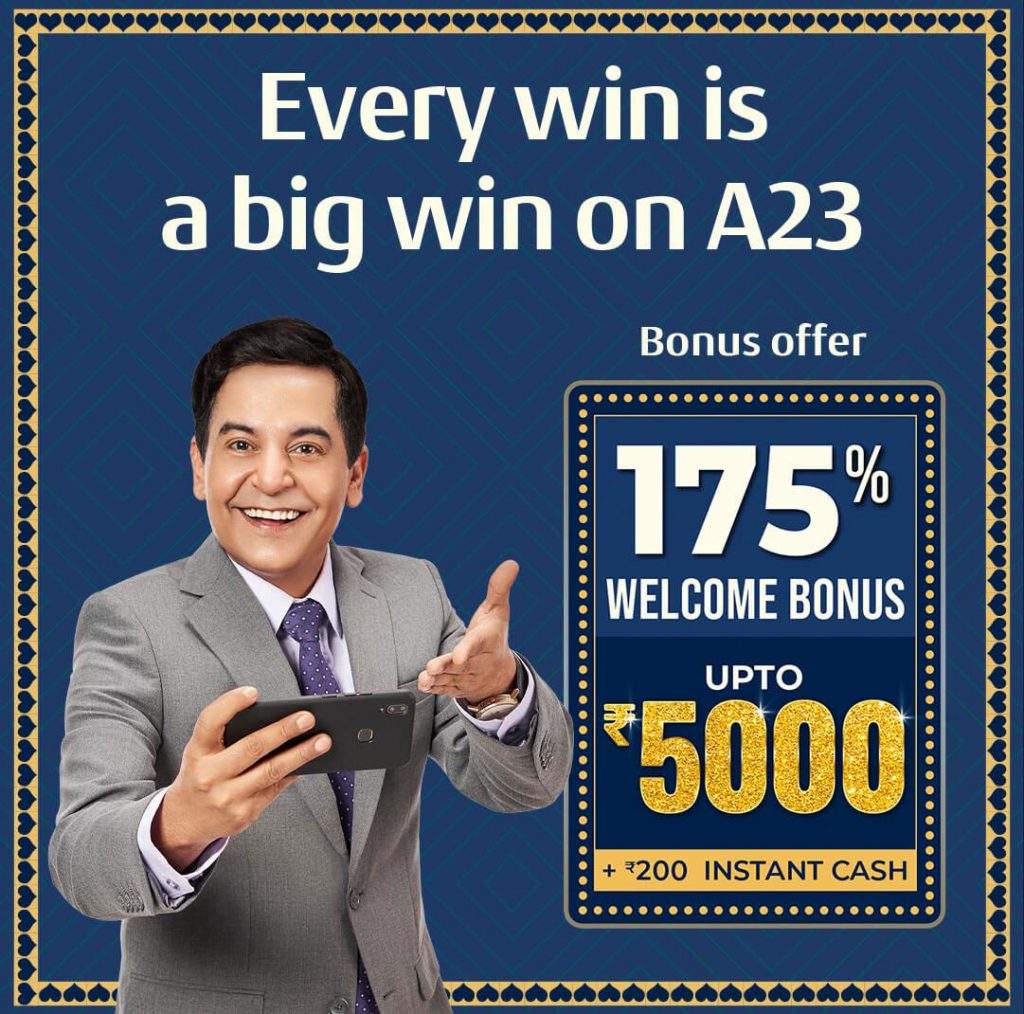 Card games have long become one of the most popular entertainments in India and around the world for passing the time and bonding with family and friends. Rummy is claimed to have evolved from the Conquain game, which originated approximately 400 years ago in Spain and Mexico. Indian Rummy, also known as 13-card rummy, is among the most widespread forms of the game in India, and its popularity continues to grow with each generation.

Rummy is a game that is a lot of fun to play. The good news is that it isn’t completely reliant on chance. It necessitates logical reasoning, math skills, and analytical abilities. All of this helps your brain work more efficiently and refines your cognitive abilities.

Although a face-to-face match is indeed exciting in Rummy, considering today’s frantic pace of life, being capable of playing it from the comfort of home or anyplace else at any time is nothing short of a godsend for aficionados. This is precisely what A23 accomplishes. The thrilling game is now only a touch away, courtesy of India’s first online rummy platform. Rummy has never been more fascinating and entertaining to play thanks to A23. One of the most exciting aspects of playing rummy on A23 is that it allows card game fans from all around the world to play together into one online virtual roof.

Online rummy, as most competence games, takes consistent practice to master. As you can constantly gain some experience while participating, it is best to master the rules and how to create sets and sequences to announce a show before you begin your rummy trip. One must play these games with a clear mind and carefully plan all strategies. Moreover, while out and about, one must be alert. Since, unlike a typical face-to-face game, the online edition doesn’t really let you see the feelings or facial gestures of the participants, this is a disadvantage. As a result, you’ll have to deduce what’s on your opponents’ minds by examining their card selections and throws away from the open pile.

Wide option to select from :

If you’re playing rummy on A23, you’ll be blessed with the option with the number of Rummy Games available to suit your preferences. Currently, the platform has over 22 million+ players who enjoy a world-class playing experience. One gets to choose from tables with 2 to 6 players, joker or no joker variants, and tables with varying entry amounts. A23 offers Points Rummy, Pool Games, and Multi-Table Tournaments as online rummy games. The site offers a variety of bonus offers and contests from time to time to ensure the user experience is much more engaging.

So, if you’re worried about online rummy’s legality, don’t be. In India, playing Rummy Online is entirely legal. Rummy is not betting, and gambling is prohibited in India. To play and win in rummy, you’ll need both talent and strategy. In addition, A23 complies with all online rummy government rules.

You can expect fair-gaming on A23:

In addition, A23 is dedicated to providing the greatest levels of security overall transactions in an effort to stop in-game cheating and manipulation. To ensure that the game works fairly, A23 distributes the cards using a random number generator, which is entirely tamper-proof. Furthermore, the software complies with all requirements, such as requiring all players to provide KYC information. It also checks each user’s IP address. Although A23 welcomes all players to have a good time while playing, it also expects them to be fair.

Development of the Mind:

Enjoying card games with buddies, such as rummy, has been shown to improve the quality of learning, remembering, and analytical thinking. Such games, in addition to providing mental stimulation, also challenge you to strategy, which necessitates complete focus. Whether you’re competing against your friends or playing on an online rummy app like A23, being hyper-aware of your opposition’s each move and attempting to predict their actions or cards makes you more alert and attentive to the behaviors of those around you, which is beneficial in life. As a result, card games like rummy can help you improve your cognitive and relational abilities.

Online rummy on A23 not only improves your memory, but also starts a competition adventure by rewarding you. There are also frequent free entry huge stake pool tournaments that ensure that participants have a good time while playing. A23 also allows you to practice the game in real-time with video educational exercises that help you frame some goals and polish your skills before playing for real money. A goal-oriented mindset motivates you to progress in your journey toward achieving your goals. Install the A23 app on your mobile for free and start playing different fascinating rummy variants online and win real money.

Jokers:
Two types of Jokers are available to a player: (i) Cut Joker and (ii) Paper joker.If
paper Joker appears as Cut Joker, then Aces become Joker in the game.

Score Calculation:
A valid show bears 0 points.
Game is finished when a player makes the first valid show on the table. All other players on the table need to submit their cards in the best possible groups to minimize score.
Player’s score is calculated based upon the arrangement and validity of groups of cards.
Jack, Queen, King and Ace bear 10 points each.
Maximum points a player can score on a game are 80.