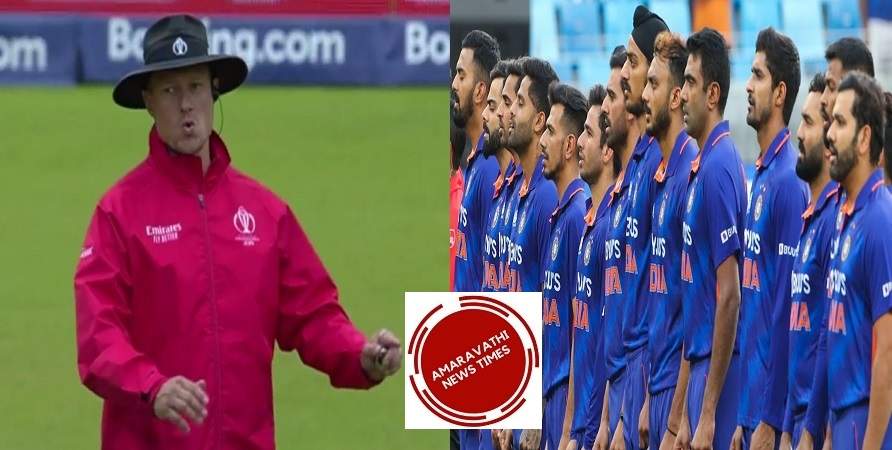 ICC T20 World Cup 2022 IND vs ENG 2nd Semi Final: Indian Fans are so happy about the absence of Richard Kettleborough for the Match

India, New Zealand, England and Pakistan reached Semi Finals…Australia is not in the list of Semi Finalists.

The four teams that reached the semis are also practicing hard. New Zealand will play Pakistan in the first semi-final at Sydney. India will face England in the 2nd Semi Final at Adelaide.

In the T20 World Cup 2022, Team India has reached the semi-finals after falling short of expectations. In the Super 12 final match against Zimbabwe on Sunday, they performed well and won by 71 runs. With this victory India, who topped Group-2 will face England, who finished as Group-1 runner-up in the 2nd Semifinal.

T20 World Cup 2022 has reached a crucial moment. Two semifinal matches will be held on November 9 and 10. There will be no semis story like in Super 12. Because of the knockout rounds, if you lose, you have to go home.

In this order, ICC has announced the list of umpires and referees for the semifinals. Erasmus and Richard Illingworth are on-field umpires for the first semi-final between New Zealand and Pakistan. Richard Kettleboro and Michael Gough will be the third and fourth umpires. Chris Broad will act as the referee for this match.

Kumara Dharmasena and Paul Riffle will be the on-field umpires, Chris Gaffani and Rod Tucker will be the third and fourth umpires, and David Boon will act as the match referee in the second semi-final match between India and England at the Adelaide venue on November 10.

That Poor Umpire is Not There…who is Unlucky to Indian Team:

When the ICC announced the list of umpires, Indian cricket fans gasped. The reason for that is that Kettle Boro is not the umpire for our semis match. Indian fans are very happy to see this list. They are confident that this time T20 World Cup will be India’s. They are confident that England will be defeated in the semis, and even if New Zealand comes in the final, even if they face Pakistan, Rohit Sena will not be able to stop his success.

Especially for the match against England, Daridrapugatta umpire Richard Kettleborough is not present, and this is a point that India can unite. It is being commented that Kettle Baron is the reason why India did not win the ICC title for the last 9 years and this time India’s victory is a formality because he is not there.

Mahendra Singh Dhoni led Indian team won the last ICC title in 2013 Champions Trophy. After that, even though they got knocked out six times in the ICC tournaments, Team India faced defeat. India got a negative result especially in the knockout matches umpired by Kettleborough.