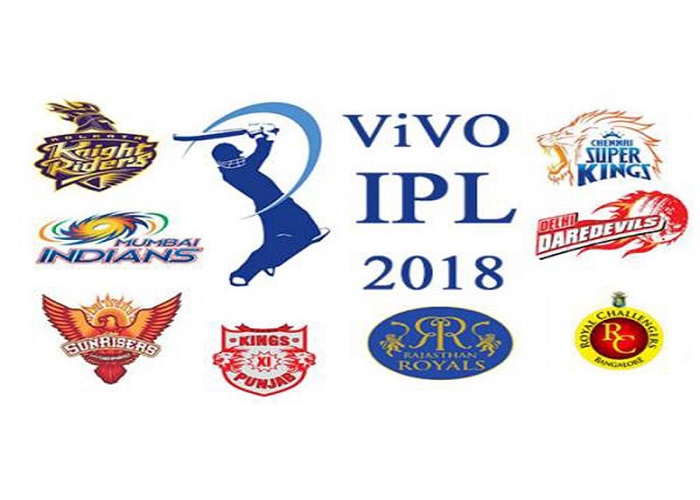 IPL Indian Premier League India’s most Prestigious Professional Twenty20 Cricket league tournament Organised by BCCI. The whole country take a bow, turn around and pay attention on this cricket Premier League. The 11th edition of the Indian Premier League (IPL) will begin at the Wankhede Stadium in Mumbai on 7th April 2018 and the first match of this 11th IPL season will be starts between defending champions Mumbai Indians and two-time champions Chennai Super Kings. Indian and World Cricket Lovers are eagerly waiting for the tournament of Vivo IPL 2018.

Vivo IPL 2018 will be almost nearly 2 months schedule. The matches will be played at nine venues for 51 days across the country from April 7 to May 27, 2018. Almost all 8 teams of IPL 2018 will play matches at their Home. Meanwhile, fans in Chennai and Jaipur will once again get their share of the IPL frenzy as MA Chidambaram Stadium (Chepauk) and the Sawai Mansingh Stadium will host home matches of Chennai Super Kings and Rajasthan Royals respectively. Kings XI Punjab will play their three home matches in Indore and four matches at home in Mohali.

Wankhede Stadium in Mumbai will be hosting the final this time around between the winner of Qualifier 1 and the winner of Qualifier 2, on May 27. The upcoming edition of the cash-rich league will feature 12 matches that will be played at 4:00 PM IST and 48 matches will start at 8:00 PM IST. Here is the IPL(Indian Premier League) 2018 Match Time Table Exclusively on Amaravathi News Times.