After ‘Katamarayudu’ Power Star Pawan Kalyan is busy with his New Movie Shooting. This new Movie is Directing by Ace Dialogue Writer cum Director Trivikram Srinivas. Now Pawan is busy with regular Shooting of Trivikram Movie. There is a news trolling that the Pawan and Trivikram Combination movie titled as ‘Engineer Babu’. Caption ‘Inti Peru – Onti Peru Antha Idhe’ which is not yet confirmed and finalized by the Team. Power Star is going seem as an IT Professional who is CEO of the Software Company. There is a News Trolling on Media that the movie is a Revenge  Action Drama.

Pawan is working hard for this movie and he is going to put off Weight to get a new look. Pawan almost spending and Working more than 12 hours for the Movie on Sets for this Movie Shooting. The First Schedule Shooting is Wrapping up and it’ll finish by the Month end or May 1st Week. Senior Actress Kushboo also playing a lead role in this movie as Power Star Sister. 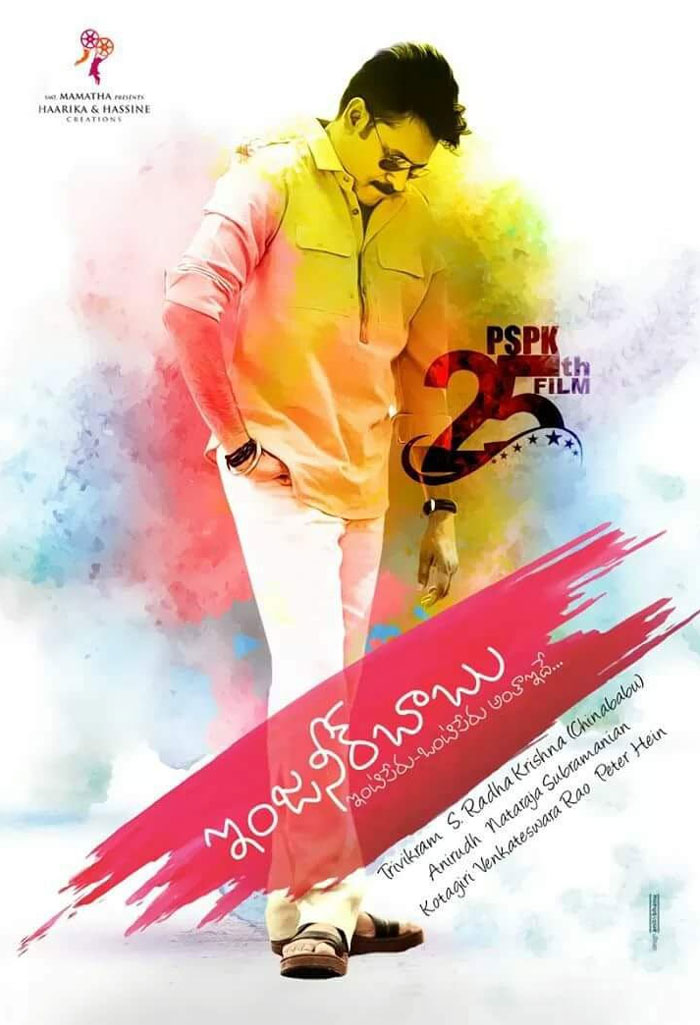 Pawan Kalyan, Trivikram and Team want to finish the movie shooting part by July Month end. This is the reason that Pawan is working hard foe 12 hours in a day on the set that he never spent that much of time on sets. Anirudh Ravichander Composing Music for the Flick. Keerthi Suresh and Anu Immanuel pairing opposite to Power Star Pawan Kalyan. The Movie is Producing by S. Radha Krishna under Haarika and Hassine Creations Banner.