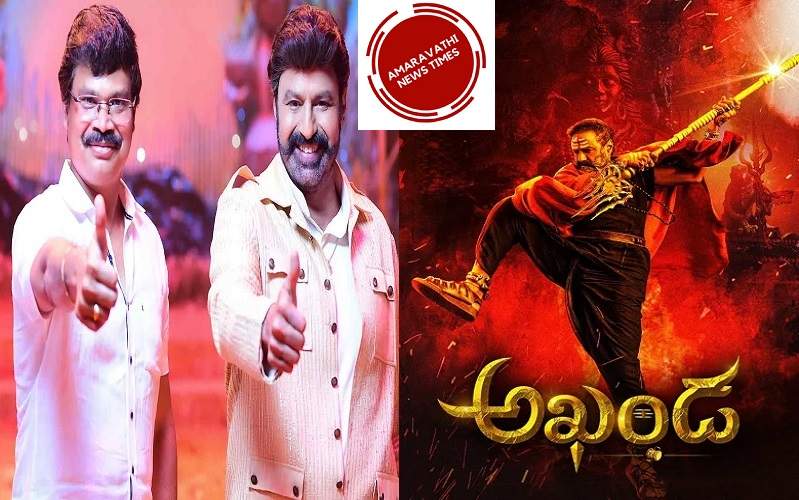 Natasimham Nandamuri Balakrishna.. This name is a sensation in Telugu states. Even at the age of six and ten, he is balancing politics on one side, films on the other side, and balancing with a single hand. Thus, he has been entertaining the audience with his films for almost four decades. At the same time projects are being ranked regardless of hits or flops.

It is known that Balakrishna is care of address for Dialogues, Energy and Dance in his movies. Moreover, there is no doubt that even the star heroes are retreating after seeing his aggression. On the other hand, he is also acting as a brand ambassador for many brands as a host for many shows being broadcast on television. It is known that Balakrishna takes a lot of care in the case of movies that earn well with both hands.

Balakrishna Boyapati Srinu Combination is All Time Hit. Before 2010, when Balakrishna face downfall in his career, Boyapati came and gave him a blockbuster with Simha Movie. After that, movies like Legend Akhanda came in this combination. But all these three films became the biggest hits in Balakrishna’s career.

Last year, Balakrishna scored the biggest blockbuster in his career with Boyapati Srinu’s Akhanda Movie. Since then, they have been rushing without looking back. Balakrishna fans are happy with this. But with the huge success of this movie, the fans are eagerly waiting for when the second part will start, but no one has given any clarity about this movie.

Recently Balakrishna has clarified about this movie and fans are expressing happiness. While speaking to the media as part of the recently held Goa Film Festival, Balakrishna while responding to his son’s Mokshajna entry also disclosed about Akhanda 2 Movie. Balakrishna clarified that the entire script of Akhanda 2 is ready.. The film will be released in the Pan India range.

It is reported that Balakrishna who got huge success with Akhanda will now become a pan India hero with Akhanda 2 Movie. Natasimha Nandamuri Balakrishna is currently working on a movie called Veerasimha Reddy with crack movie director Gopichand Malineni. The shooting of this movie, which is being made on the background of Palnadu faction, is going on at a fast pace. Most of the shooting of this movie has already been completed.

This movie is going to be released in the month of January as a gift of Sankranti festival. Also, Balakrishna will be doing a film with Anil Ravipudi, who is known as a successful Tollywood director. Balakrishna revealed that after making a mass action entertainer under the direction of Anil Ravipudi, the shooting of Akhanda 2 Movie will begin. It is also rumored that the regular shooting of this movie will take place from December 18.

Nandamuri Balakrishna, who already has two films in her hands, is going to act in another big film soon. It is in this context that more information regarding it has been leaked.

There was a talk that Balakrishna was going to do a film with Parashuram. According to the latest information on this.. Recently this director.. Balakrishna heard the script. He liked it so much that he immediately gave the green signal. Allu Aravind is said to be producing this film under Geetha Arts banner.

Balakrishna played a dual role in the movie Akhanda which came in the Boyapati combination. But in this, Balakrishna showed universality in the role of Aghora. And the interval fight, the police station scene in the second half, the ashram scene and the climax fight brought joy to the mass audience. But that’s why even if it is re-released, it is watched over and over again. Also Boyapati Srinu gave a hint that there will be scope for Akhanda 2 Movie in the climax.