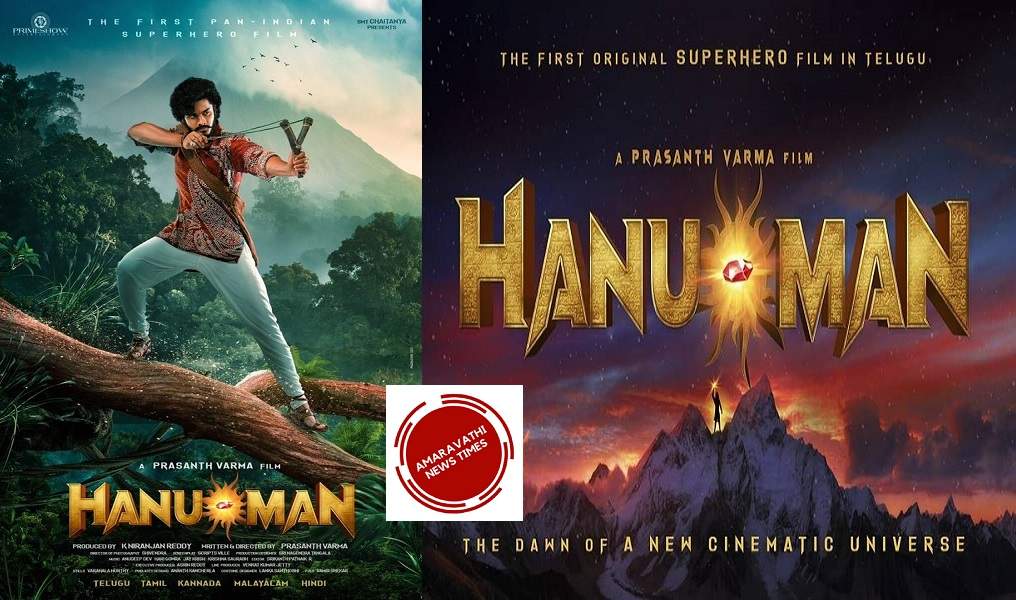 Hanuman Movie Business Happened in an eye-popping manner.. Did the entire budget come from that one place?

Hanuman is the second film made by the combination of young hero Teja Sajja and talented director Prashant Varma. Amrita Iyer is playing the heroine in this mythological movie..Vinay Roy, Varalakshmi Sarath Kumar and others are playing key roles.

This is an original First Indian superhero movie Lord Hanuman made in Telugu. This film, which is being produced by Niranjan Reddy, has already completed the shooting and is celebrating the post-production works.

The film is going to hit the screens pan India early next year. It is known what kind of response the Hanuman teaser that came out recently got.  The Hanuman Movie is Releasing in Tamil, Kannada, Malayalam and Hindi Languages along with Telugu.

The teaser of this movie has impressed the audience from all walks of life. With this teaser, a huge hype was created on the film. With this, Hanuman’s business is going on in a way that distracts his eyes.

Bollywood Film Makers Offered in the range of Rs.15 crores to Rs.20 crores to Hanuman Movie, Which is a news circulating on Internet with confirmed sources.

The budget of this Hanuman movie is Less than Rs.20 crores. According to this calculation, there is a strong discussion that the entire budget has been recovered only through Hindi dubbing rights. Also, the theatrical rights of this movie in all languages it is said that there are chances of selling in the range of Rs.90 crores.

And including non-theatrical rights, audio rights and satellite rights It is estimated that there will be business opportunities in the range of Rs.200 crores. However, it must be said that it is really a privilege for a young hero film to do business at this level.