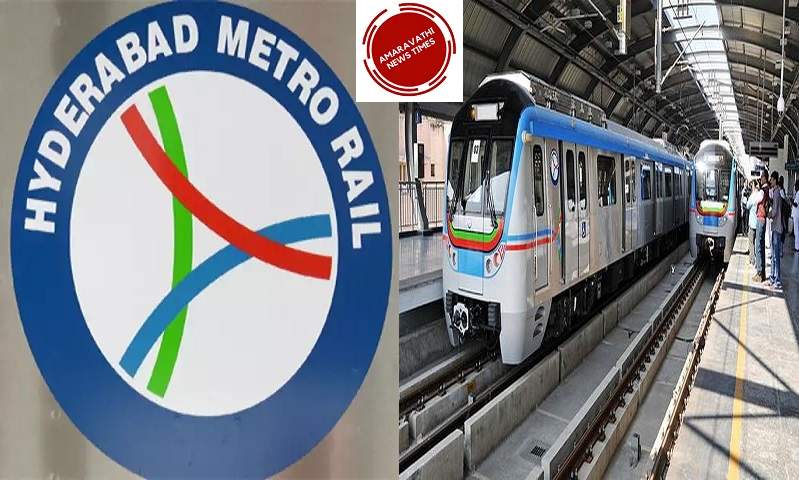 Telangana government has given good news to the residents of Hyderabad city. The second phase of Metro, which has been coming for the past few days, is about to start. The Hyderabad Metro will be extended from Mindspace Junction to Shamshabad Airport.

Rs. 6,250 crore will be undertaken. This structure will be 31 kilometers long. Chief Minister KCR will lay the foundation stone for the second phase of Metro on December 9.

On this occasion, the Minister requested the Center to provide funds. Like the first phase, it needs to be clarified whether this will also be constructed on PPP model. Meanwhile, as part of the second phase of the Hyderabad metro, it is known that the expansion of the metro from BHL to Lakdikapool will also be taken up. However, no announcement has been made so far.

Meanwhile, 4 lakh people travel by metro in Hyderabad at present. 5 lakh people traveled before covid and now the number has reduced. Currently, the airport is heavily dependent on buses or cabs. But if the metro becomes available, passengers will get a chance to reach the airport faster.

A key development has taken place regarding the Hyderabad Metro Rail project to be laid up to Shamshabad International Airport. Along with HMDA and HMRL, Hyderabad Airport Metro Limited (HAML) is also going to be a partner. HAML has invited to bid from 6th of this month. KCR will perform Bhumi Puja on December 9 for the construction of metro on this route. Bids have been given till 13th of this month.

Meanwhile, the state government has prepared plans to provide direct metro facility connecting Shamshabad International Airport to the city. This metro project will be completed in three years. CM KCR has decided to extend the metro corridor from Rayadurgam Metro Terminal near Mind Space Junction to Shamshabad Airport.

Second Phase of Hyderabad Metro to Shamshabad Airport in three years.. CM KCR to lay the foundation stone for the project on December 9:

This metro line will run from Biodiversity Junction Kazaguda Road to Nanak Ram Guda Junction on Outer Ring Road. This line runs from the airport through a special route. This metro project will be constructed with a total length of 31 km. For this Rs. 6,250 crores will be spent by the state government. This path will become crucial. The offices of many international organizations are coming up along this road.

Animal Husbandry Minister Talasani Srinivas Yadav said that the second phase of the Hyderabad metro rail expansion project is great. He held a meeting with MLAs, MLCs, Mayor and TRS party constituency in-charges of Hyderabad city. The minister opined that the second phase of expansion of this Hyderabad Metro Rail, which will be constructed at a cost of Rs.6,250 crores, will be 31 km long, and will be a landmark in history.

The minister said that CM KCR will lay the foundation stone for this project on the 9th of this month at Mind Space Junction. After laying the cone, they will participate in the public meeting organized at the Telangana Police Grounds in Rajendranagar and address it. A large number of TRS leaders and activists from all constituencies of the city attended this program and requested it to be successful.

If this second phase metro train line starts, it will be useful in many ways for air passengers going towards Shamshabad, employees going to IT corridor and many more people. He expressed confidence that all of them will be freed from traffic.