The MCA(Middle Class Abbayi) Movie got much hype that it’ll be damn sure another blockbuster hit to Nani and it is going to be a 8th consecutive Hit for Nani in his Carrer. Nani is on the way to blast third Hat trick in his movie career. His Previous movies like Evade Subrahmanyam, Bhale Bhale Magadivoy, Krishnagadi Veeera Prema Gadha, Gentleman, Majnu, Nenu Local, Ninnu Kori which are back to Blockbuster hits in his career. In the Year 2016 he made Hat trick hits and now this is 2017 he made already 2 big Hits and on the way for Hat trick and want to say bye bye to Year 2017 with his second Hat trick Hit with back to back Years. 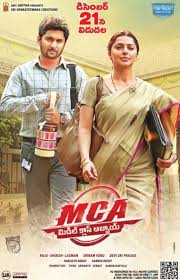 Nani Middle Class Abbayi movie reflects a Story of Middle Class Young Man. how the life Style of Middle Class Guy, his behaviour at home and with friends. Naturally the Story resembles the adjustment with life and all the enjoyment in a middle class family. How the things gonna be change in his family after his elder brother getting married and a new person entered in to their family. How she changes the life style of the family and Nani as well. How Nani’s love life turned and what kind of unantural and dramatic situations came into a middle class Guy life. How he overcome those situations are the rest of the Story. 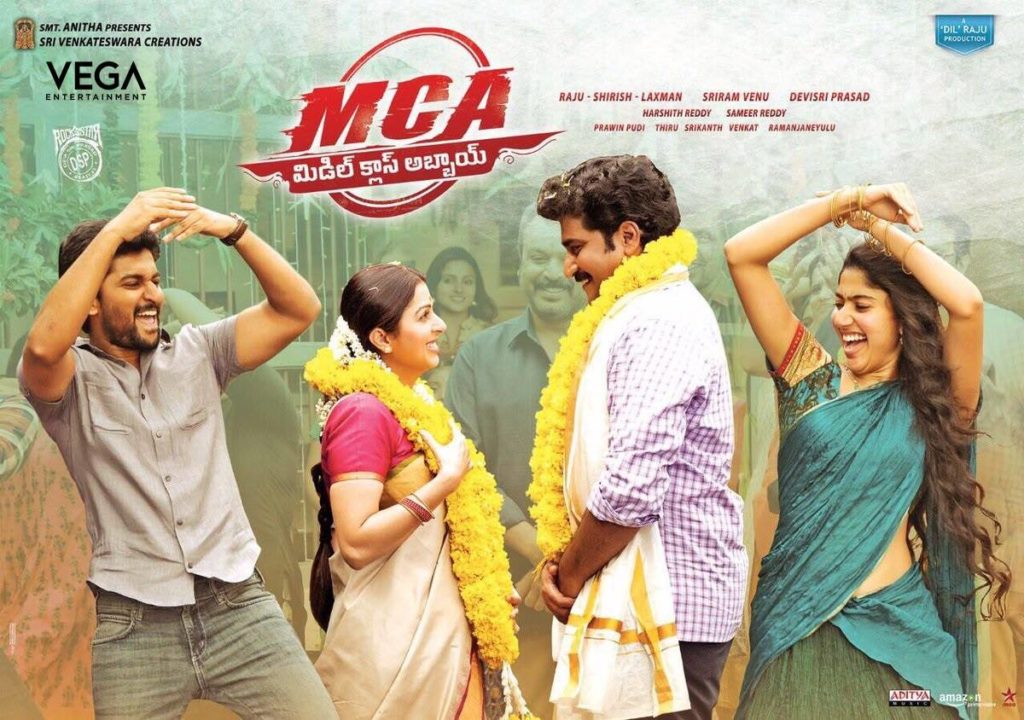 As usual Natural Star Nani done exceptionally well in his role. He portrays the Middle Class Guy Character like the guy in the next door. Actress Sai Pallavi done fabulous role after Fida as a Strong and well connected Girl with a Middle Class Guy. She is more aggressive. her Performance in the Aspect of Songs, Dance and Acting are Superb. Here Another Impotatnt Character we should discuss is Bhumika’s Role. Which is a heart of the movie. The Role of Bhumika in this movie is Nani’s Brothers Wife(Sister in Law). The Main Concpt and Story revolves around her. Bhumika done Justice and Exceptinally well to her role. The Sequences between Nani and Bhumika are much entertaining and humorous. All other lead roles Rajeev Kanakala as a Brother, Naresh and Aamani as Nani’s Parents done well. Vennela Kishore and Priyadarshi Pullikonda as Nani’s friends their comedy and timing are good and done justice to their roles.

Venu Sri Ram Direction is Asset to the Movie his worthy talent direction made Nani to choose him as a director for his movie. This is his second Movie to the director in his career after Oh My Friend movie. The MCA Movie is producing by Dil Raju, Sirish and Laxman under Sri Venkateswara Creations as we know very well the Production values and the richness in the movie if Dil raju as a producer., Devi Sri PrasadMusic Composition in terms of Songs like Melodius and Massy, The album is already a big hit. BGM is Good. Here we should talk about Cinematography by Sameer Reddy which is Amazing in the part of Visualization and Picturizaing of Movie. Prawin Pudi Editing and Ramanjaneyulu Art direction are good.

A bit Slow phasing in the Second Half which is ignorable

Natural Star Nani’s MCA(Middle Class Abbayi) Movie worth to watch and Enjoyable to all Class Audience.