Natural Star Nani who is very special for his own kind of sense of humor…..which is heavily reflects in his movies. Sense of humor with timing punch dialogues and satires. Nani always looks for perfection and better story plot that deals with family entertainment at the same time performance oriented.

It seems Nani is trying to do out of the box that deals with pure performance oriented and experimental. His last couple of movies which shows that his ideology towards acting and passion about performance. Jersey and Gang Leader are different zoners with performance oriented rather than commercial Subjects. Even Gentleman Movie also similar kind of Movie which resmbles quiet opposite to Nani’s mark and tried out in a new way.

Nani always choose at his best story lines and proved himself as a best actor that he never disappoints Fans, Audience and Movie lovers. Once again Natural Star Nani proved choosing a different zoner action thriller rather than commercial subject that to in an Antagonist Role(not a villain). Nani shows high energy in this role which is action packed thriller movie.

Sudheer Babu also doing the same choosing different zoners and impressing with day by day improved performance Constancy. Sudheer Babu also sparkled in a Super Cop role. V Movie is made with a budget of 25 Crores. Initially the movie makers announced the release date om March 25. Due to Covid-19 pandemic and lock down V Movie is procrastinated and there is no scope to release the movie in theaters in this current situation.
The V Movie Team planned to release movie on Amazon Prime OTT Platform with a Fancy Offer.

V is Nani’s 25th Movie…where Nani is playing Antagonist Negative Shade role in this movie….which is with a huge twist and Sudheer Babu is playing as Police Officer.‘V’ is the third movie for Nani and Indraganti Combination after huge success of Ashta-Chemma and Nani’s Gentleman. For Sudheer Babu, Aditi Rao Hydari, Nivetha Thomas this is the second movie with Mohanakrishna Indraganti. Niveda Thomas is the female lead in Gentleman. Sammohanam Movie is the First time combo movie for Sudheer Babu and Aditi Rao Hydari with Indraganti.

Coming to the Nani V Movie Story Plot…The Story Revolves around a Celebrated Super Cop Aditya Who has guts and high Voltage in the police department that who never shows his back. It’s One side of the Coin another side a Mysterious serial Killer Vishnu who has no mercy to kill the people in the society.

The Serial Killer throws a huge Challenge to the Super Cop why he is killing mercilessly….the reasons behind his butchering….how the super cop insisted the serial killer and the circumstances are the rest of the story.

There is no need to speak about Nani’s Performance as usual he brought livelyhood to his character with is energytic high voltage performance. Sudheer Babu came up with six pack body who is a super cop and defending a serial Killer who is psychopathic. Both Nani and Sudheer Babu done fabulous and to justice their roles. Rest of the all like Nivetha Thomas as Apoorva, Aditi Rao Hydari as Saheba, Vennela Kishore as Mansoor done justice to their roles. Rohini, Naresh, Aadarsh, Ravi Varma, Harish Uthaman, Madhusudhan Rao lived upto the mark.

V Movie is Written and Directed by Mohanakrishna Indragantia and his previous movies with Nani are blockbuster hits in their combination and career. Indraganti’s Story, Screenplay and Direction are at his best. The V Movie Produced by – Raju, Shirish, Harshith Reddy we already knew about Dil Raju who never compromises in Prodcution Values.

DOP by P.G. Vinda, Editing by Marthand K. Venkatesh are Assets to the movie. Coming to the Music where songs are composed by Amit Trivedi are already trending and situational. Background Score by Thaman S is really recharging the Screenplay, Lyrics by Sirivennela, Ramajogayya Sastry, krishnakanth, Stunts by Ravi Varma, Choreography by Dinesh, Vishnu Deva, Vijay Prakash, VFX Supervising by Venkateswar Allagadda, Vijay Gopal all techical teams are doen a good job.

Natural Star Nani’s V Movie: A Challenging Serial Killer’s Revenge and a Celebrated Super Cop when they comes one to one. who wins who looses with .

V Movie – Only we are going to miss the movie watching in theaters…..otherwise it’s a perfect blender of Action Thriller. Worth to Watch Don’t miss it. 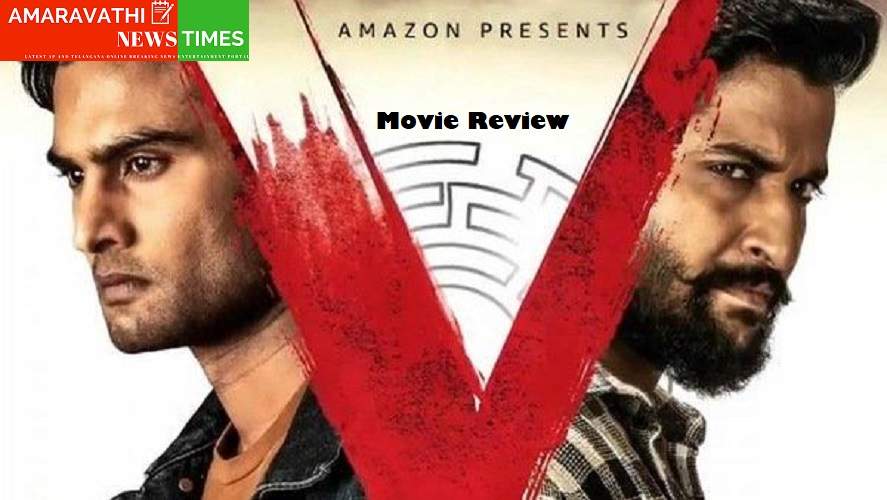 How 13 Card Indian Rummy is the Best Entertainment Option Online