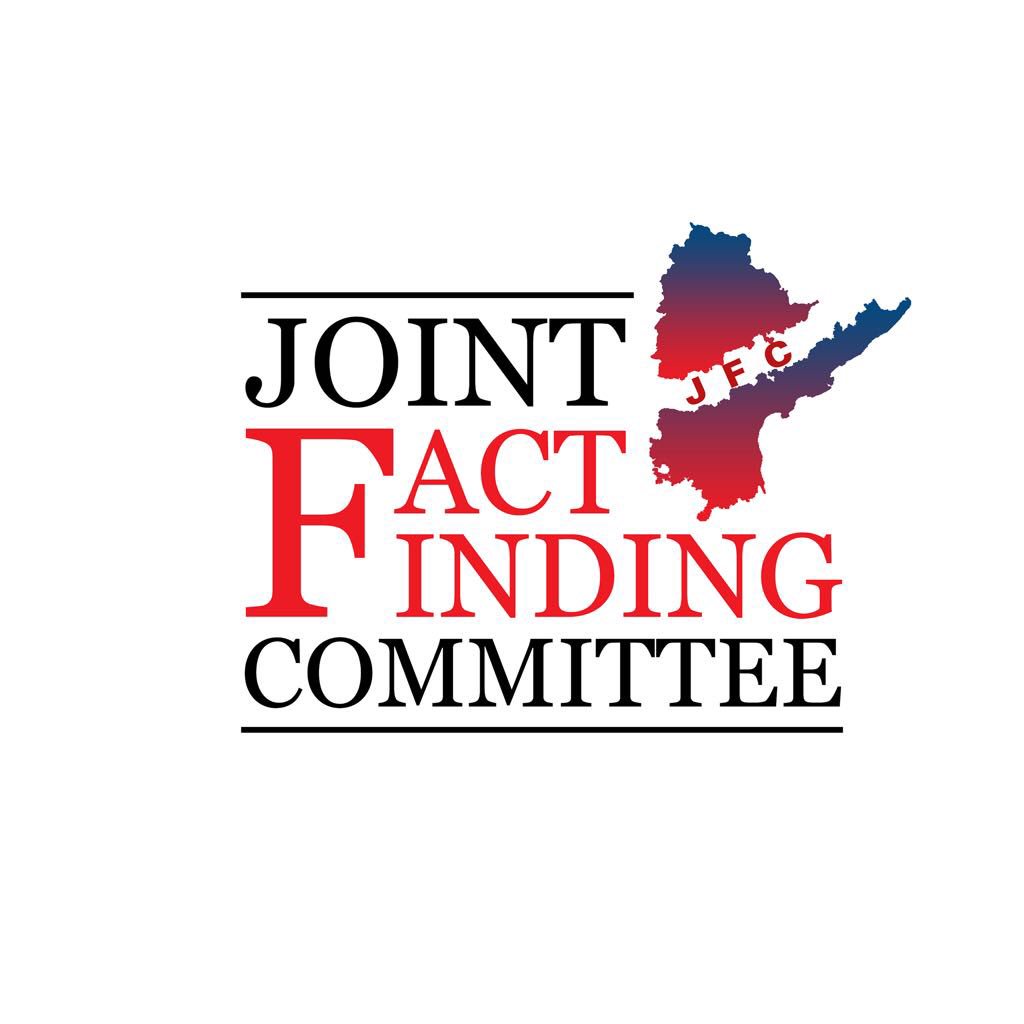 Janasena Leader Pawan Kalyan announced  JFC (Joint Fact Finding Committee) Logo on his Twitter account Today. The JFC is formed to resolve the issues of Andhra Pradesh after bifurcation. Pawan took step a head by releasing the Logo on his twitter account. By this Pawan is conveying that he is so aggressive about the issues of Andhra Pradesh after bifurcation which is not resolved yet. Pawan released the Logo after finishing a meeting with Lok Sattha Party Leader Jaya Prakash Narayana, Ex Mp Undavalli Arun Kumar, Immediately he released the Logo.

There are many issues raising about Special Package to Andhra Pradesh that BJP Central Government is telling that they are issued many special category funds in lakhs of Crores to AP that all are apart of Special Status. But here in AP CM Chandrababu Naidu  TDP Government says that there is no special package is allotted yet to AP from Central in the form of help and support Andhra Pradesh.

The JFC Logo is looks like that Unite Telugu States of Andhra Pradesh which is separated with out any clear picture about Separation of the Two States. There are many issues not resolved about theStates financial Status like Income and debts of the States. Truly Andhra Pradesh State is lost many things in terms of Financially. The AP State has to be build all Institutions and Government Buildings Freshly from this Stage. Including Capital City they have to build their Own Budget Allocation.

The UP Government allocated Special Status and Special Package to AP to Form the Capital City and build the other Institutions and Government Buildings at the time of bifurcation. But the Newly formed BJP Government has totally defused the Statements and announced Special Package Only. Still there are many drags on that and not clearly stating anything about it.

Another end there is same situation for Telangana. So Pawan decided to resolve the Two States issues after Bifurcation which is highlighting in the ‘JFC’ Logo.  So he formed the Joint Fact finding Committee. As Pawan Kalyan and JP says that the JFC Committee will work on the issues of the 2 States after Bifurcation and the committee will find the facts about the issues.