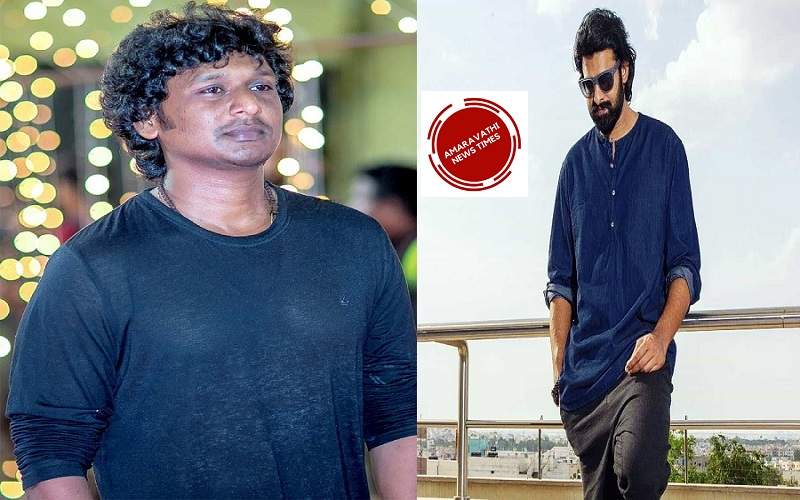 Audiences are going to see another different combination in the Pan India range soon. Unexpectedly, young rebel star Prabhas is going to make a film with Tamil young star director Lokesh Kanagaraj. Lokesh Kanakaraj, who has achieved consecutive super successes, is being offered a film with star heroes.

Whether it’s been 5 years since the industry, all South star heroes want this director. Lokesh Kanagaraj delivered blockbuster hits to star heroes by adding commercial elements along with concept movies. Currently, Lokesh Kanagaraj is the most happening director in Kollywood. Lokesh Kanagaraj last three directorial movies like Kaithi, Master and Vikram are Blockbusters at Box Office and OTT Release. Lokesh Movies are not only most rated and liked by South audience….North Audience too.

This young director who is scoring back to back successes in Tamil will soon be doing a film with Vijay. Apart from that, Khaidi 2 and Vikram 2 are also in the hands of this director. Besides being busy in Tamil, he is also focusing on films in Telugu.

Talk is heard that Lokesh, who hit a blockbuster with Vikram in the latest, is doing a film with Prabhas. Lokesh has already told his story line to Prabhas.

But as he liked this line, Prabhas took time to do some homework and put it on hold. But Prabhas is already with a huge lineup. It is not known when the existing films will be completed. But still hearing new stories.

And Lokesh’s commitments will take the same amount of time. Prabhas thinks that everything can be set before then. Not only that, it is reported that Lokesh Kanagaraj is planning a style action movie with Prabhas in UV Creations with a huge budget.

Earlier, Lokesh, who came to the pre-release event of Master, gave a hint that he is trying to make a film with Telugu heroes. Lokesh also said that he told the story to Ram Charan and he is waiting for his answer.

There are chances of starting a movie with Ram Charan soon. It is said that Prabhas’ film will come into line later. But many films have already started and disappeared. But it remains to be seen whether the movie will work out in the Lokesh-Prabhas combo.