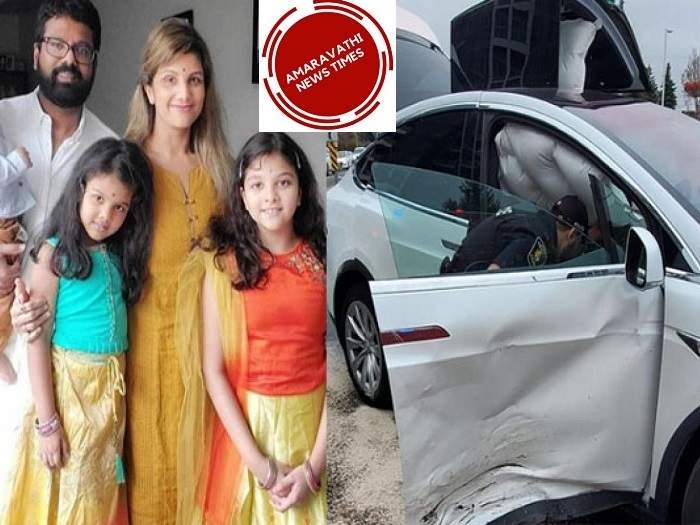 Rambha Car Accident: Actress Rambha and her Family Met with an Accident in USA

Rambha, who left an indelible mark as a heroine in the 90s, met with a car accident. She was staying in Canada and was involved in the accident on Monday night. She has been staying away from films for some time and got married in 2010 and settled in Canada.

It is known that famous actress Rambha got married and settled abroad. She was staying in Canada and met with a road accident. She was traveling in a car and was hit by another vehicle and survived with minor injuries. But her daughter is undergoing treatment in the hospital. The actress informed about this through social media platform. Photos of the accident circulating on the Internet and Social media.

Rambha family is currently staying in Canada. According to local time, on Monday evening, while Rambha was bringing her children from school, their car was hit by another vehicle. Rambha clarified that they all survived the incident with minor injuries. But her younger daughter Sasha is being treated at the hospital due to her injuries, she said. At the time of the accident, Rambha, her children and O Aaya were also in the car.

It seems that a major accident was averted as the air bags in the car opened on time. When the fans came to know about Rambha’s accident on social media, they were worried. She wishes her daughter a speedy recovery.

Rambha, who has been staying away from films for some time, got married to Indrakumar who settled in Canada in 2010. Since then she has been living there with her family. They have two daughters and a son. Their family resides in Ontario, Canada. Apart from Telugu, Rambha, who acted in many Tamil, Malayalam, Kannada, Bhojpuri, Bengali and Hindi films, left an indelible impression with her performance.