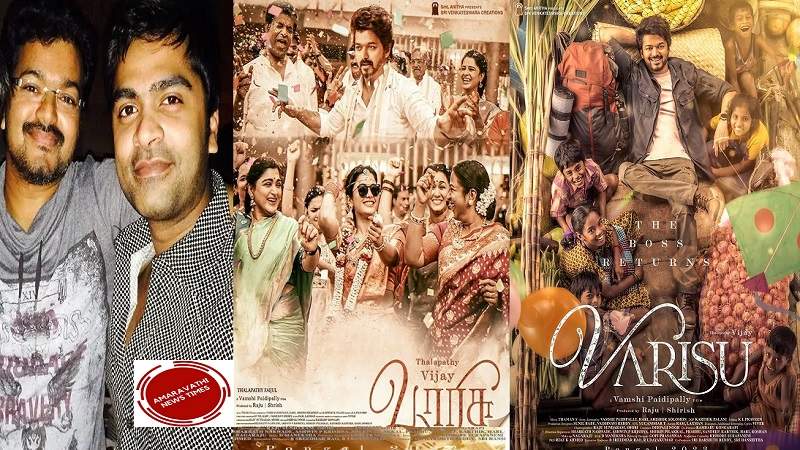 We all known that Kollywood star hero Ilaya Thalapathy Vijay is currently acting in Varisu Movie (Varasudu in Telugu) under the direction of Vamsi Paidipally. Currently, the shooting of the Varisu movie(Varasudu) is going on fast. Tollywood producer Dil Raju is spending 200 Crore and producing this big budget movie with great ambition.

Otherwise, this movie will be producing in Tamil and will be dubbed in Telugu. All arrangements are being made to release Varisu movie as a Pongal(Sankranti) gift. It seems that another Kollywood star hero Simbu is going to lend his voice for the Movie.

We know that Shimbu is not only a hero but also a good singer. These songs became very successful with many excellent songs sung. It is known that Vijay is once again sing a song for the Varisu Movie(Varasudu). Ranjithame song is sung by Vijay and it’s already trending on YouTube and Became huge hit on Internet. Rashmikha Mandanna is playing opposite to Vijay in this movie.

It seems that Simbu is going to sing a peppy song in Varisu movie. It is reported that Taman. S has already prepared the tune for this song.

It remains to be seen if this song will be limited to only Tamil version by Simbu or if he will sing it in Telugu as well.

It is known that a few days ago, the Bullet Bandi song was sung in the movie The warrior, directed by Lingu Swamy, in which Ram acted as the hero.

The song became a huge success in Telugu and Tamil languages. In this sequence, it seems that once again Simbu has entered the field for the film Varasudu.