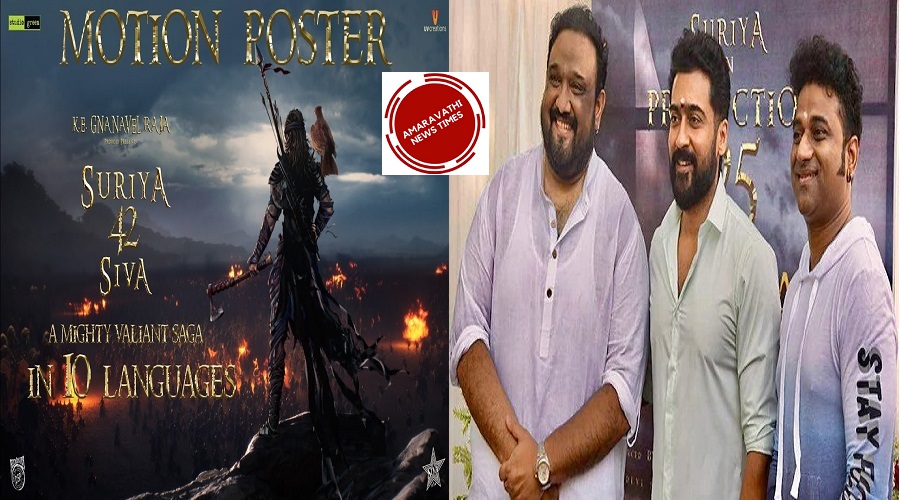 Kollywood star Suriya has a good following in Tamil as well as Telugu. Ever since then his films have been releasing here and getting good hits. This year he has already come before the audience with the film ET. Besides, He entertained the audience in the role of Rolex in Vikram Movie.

Recently Suriya announced his 42nd film (Suriya 42 Movie). Recently, there is an interesting update regarding this movie. It seems that this movie will be a periodical action adventure movie.

Nishad Yusuf, who is working as an editor for Surya 42 Movie, informed this in an interview. He said that this movie will be a fantasy based on a story that happened 1000 years ago.

As part of the first schedule of this film, which is currently being shot at a fast pace, some scenes were shot in Goa for 35 days. It is said to have intense action scenes. For this, the film crew has shot with 100 bouncers.

It is reported that the shooting of the back story of this movie will be done in Sri Lanka. In this regard, the team is participating in a 60-day schedule. It seems that this schedule will be shot completely in the forests. Huge scale action and war scenes will be shot.

The film crew said that this Sri Lankan schedule will be completed by March and April next year. After that, Surya will start his next film. In this movie, Surya will be seen in five different roles namely Arathar, Venkatar, Mandakar, Muktar and Perumanthar. Nayanthara is playing lead role in the movie.

Bollywood actress Disha Patani is playing the heroine. She will romance opposite Surya. This film is jointly produced by UV Creations and Studio Green. Siva is directing this film. The film is expected to be released in 10 languages. Devi Sri Prasad composing Music for the Flick.

Glimpse of Suriya’s 42 Movie First cut teaser released and Grab the attention on YouTube and it is very much promising.

Article Name
Suriya 42 Movie - An Exciting update from Suriya Next Movie..A Periodical Fantasy Drama
Description
Suriya 42 Movie Update: Kollywood star Suriya has a good following in Tamil as well as Telugu. Ever since then his films have been releasing here and getting good hits. This year he has already come before the audience with the film ET.
Author
Praveen Teja
Publisher Name
Amaravathi News Times - ANT
Publisher Logo