Allari Naresh – who is Famous Comedian Telugu Hero. No need of introduction about Allari Naresh to Telugu Audience. Being a ace star Telugu Director EVV Satyanarayana’s son, who delivered blockbusters in many languages including Hindi. Who is much famous for his own mark comedy in Tollywood.

Allari Naresh never used his father’s fame and with his own unique kind of comedy performance and acting became the star comedian hero in Tollywood. Naresh’s first movie “Allari” became sir name infront of his name.

Allari Naresh not only played as a comedy hero when ever he got chance he did and proved his talent with performance oriented movies like Praanam, Nenu, Danger, Sundarakanda, Vishaka Express, Gamyam, Shambo Shiva Shambo and Maharshi Movies. All these movies are almost unique and best performnce scope movies in Allari Naresh career.

Maharshi Movie is not a solo for him Prince Maheshbabu is the lead one as a main hero in the Movie and Allari Naresh played as second hero. How ever he got on track with the movie, but we can’t say Maharshi is the perfect comeback for Naresh.

It looks Naandhi Movie is the Perfect comeback for Allari Naresh where he is playing as a prisoner who is in Judicial Custody and starving from Police torture in Jail and waiting for Justice. The Naandhi Movie Teaser creating havoc and huge hype on the movie. 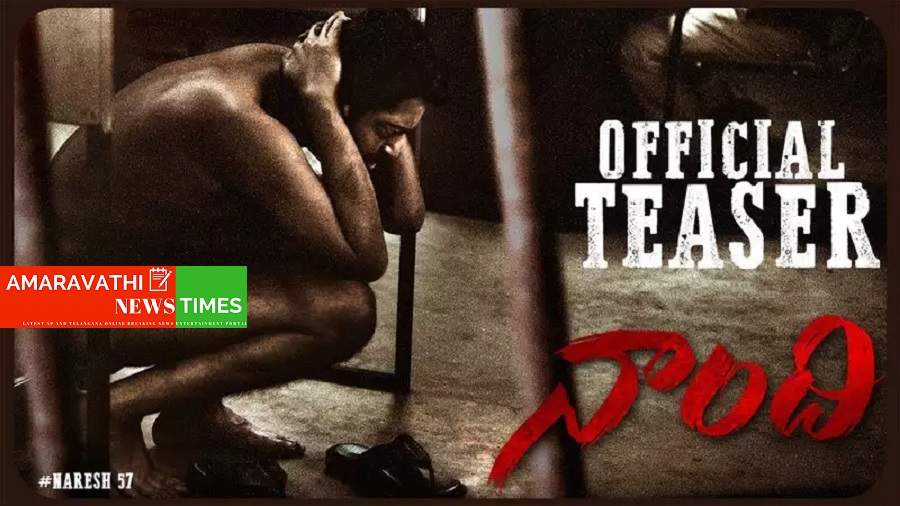 Article Name
A Perfect Comeback to Allari Naresh | Nandi Movie Teaser
Description
Naandhi Movie Official Teaser. It looks Naandhi Movie is the Perfect comeback for Allari Naresh where he is playing as a prisoner who is in Judicial Custody in Jail and waiting for Justice.
Author
Praveen
Publisher Name
Amaravathi News Times - ANT
Publisher Logo