IPL (Indian Premier League) 2020 has been confirmed to host by UAE Dubai.

Total 8 Teams are Participating in IPL 2020 season and the Teams are Mumbai Indians (MI), Chennai Super Kings (CSK), Delhi Capitals (DC), Kings XI Punjab (KXIP), Royal Challengers Bangalore (RCB), Kolkata Knight Riders (KKR), Sun Risers Hyderabad, Rajasthan Royals (RR). The IPL Matches will be held in empty Stadiums with out Crowd. This will be called off to allow public with less than 50% occupancy based on once the Covid situation is settle down.

IPL Indian Premier League Worlds most popular 20-20 Cricket league with huge fan following. Every Cricket fanatic and cricket lover will wait for the season of IPL Cricket Fever. The Country like India Cricket is not a game it’s a religion.

When the IPL season is starting means it’s festival to every audience. The Festival celebrated almost more than a month and nearly 50 days. Which is the largest seasonal tournament in all cricket formats.

The IPL Indian Premier League’s First Season started in 2008. From there onward there is no roadblock for the tournament which is the rich cricket cash game in India and across the globe. Now it’s time for IPL 2020 which is edition of 13th IPL Season. IPL 2020 with 8 Franchises and 8 Teams.

IPL is the Worlds second largest money spinning and trading tournament host by BCCI in India. The Value of IPL 2019 12th season is around 48 Crores. this will tell the craze of IPL seasons in India. The Graph and curve of IPL is increasing Year by Year and season by season from 2008. In the starting seasons IPL was allowed to bid and authorize for Indian players only. But layer season it allowed the Non residence players from all International and National Teams of Cricket. Which is the tool tip to IPL and to become most popular in the World.

Now many Cricket playing and Non Cricket playing countries are willing to host IPL any season, this shows the craze of IPL. Every Year IPL season starts from March end or April to May. But now this time the Covid-19(Coronavirus) Pandemic made all world to suffer from it and created uncertainty interms of economic and health. This uncertainty conditions made IPL 2020, The 13th season procrastinate the actual date.

The uncertainty conditions of Covid-19 Global Health crisis made the world in to struck up in self lock down and forming dark shades on IPL 2020. But the circumstances will drastically impact on many sponsors, Franchises and players of IPL, including BCCI as well. The BCCI emerging more than 4000 Crores revenue from this IPL 2020 13th season.

IPL is sponsoring by Vivo from 2018 – 2020, the contract agreed between BCCI and Vivo. But the present conditions internationally between India and China are dramatic and it is leading towards war atmosphere, due to China’s bad behavior with India at LAC(Line of Actual Control) between India and China. Indian government banned 59 China Apps in India including Tik Tok, Helo and Share It. Where Tik Tok has major stake of 45 Crores revenue in it.

Now Indians are want to ban all China Goods and products. Vivo is a China based mobile company sponsoring IPL. Part of this agitation against China Indians want to ban Vivo as well. But BCCI already made contract agreement with Vivo, so they can’t drop or cancel the agreement in the Middle. So BCCI stated that they look in to contract agreement once after the contract period lapse.

BCCI Planning to schedule and host the IPL 2020 13th season in Sri Lanka or UAE. The BCCI Official announced and declared it officially. The BCCI want held the IPL Tourney in Overseas that it might be Sri Lanka or UAE to host the IPL 2020 13th season. BCCI is still awaiting an official decision to be made on the fate of the T20 World Cup is supposed to be held in Australia in October and November this Year 2020.

The present conditions in India doesn’t support to held and host IPL 2020 Edition of 13th season. If it is to be held, it could be held in a closed door stadiums with empty stands with out public is the only possible option. Now the race going between Sri Lanka and UAE to host the IPL tourney the official said.

We will discuss, review and decide the things that where we host the IPL league depending on the situations there with regards to the Coronavirus pandemic. The Domestic and Overseas Players feasibility and the logistics also need to be looked into, we will decide and announce the news soon,” the official mentioned about IPL 2020. 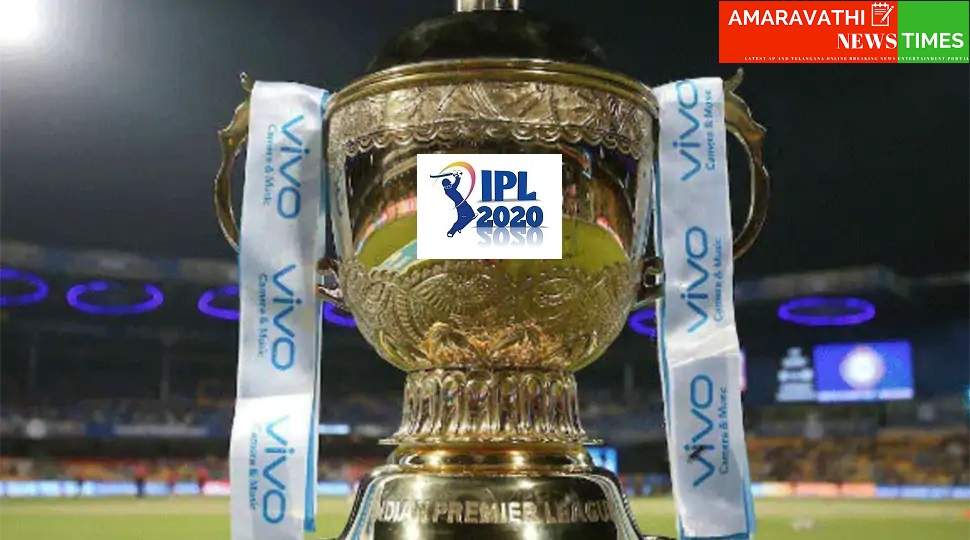