Leena Maria Paul Who is an Indian Actress from Kerala. She was the actress of many Tamil, Malayalam and Hindi Films. She played a role in Karthi’s Biryani (Telugu and Telugu) Movie. Maria Paul played in John Abraham in Madras Cafe Hindi Movie in a role. She also casted in Mammootty’s Cobra, Mohanlal’s Red Chilliues and Husbands In Goa Malayalam Movies. May be she bored with reel life action….the actress came into real life action that she felt as an adventurous.

Now this veteran Actress from South became reel life actress to real life Actress. She is became the Fake CBI officer and try to cheat politicians. She black mailed many VIP’s in the name of CBI. In many states police filed compliant against Leena Maria Paul that they nick named her as Cunning Kutty. Recently She tried to black mail a MP of Andhra Pradesh. She try to play the Crime game as same as happened in a Tamil movie. But her New Avatar as Duplicate CBI officer role bombed and Flopped in Real Life.

The Real CBI Caught this veteran actress and arrested in the cheating and Fraud Case. This is not first time Leena Maria Paul arresting in the cheating case. For 2 times she has been arrested. For the first time Cheating CANARA Bank of Rs. 19 Crores in 2013 and for the second time again arrested in 2015 for cheating and Fraud case, where she trying to make people invest in a bogus firm of multi level marketing on the promise of high returns and was arrested by the Economic Offences Wing of the Mumbai Police. There is allegation that Maria has link up with Under World Mafia.

Leena told that she was the one of the CBI officer who raided Rayapati’s Home. She asked to compromise with sum lump sum amount of money that in the case of CBI. If he doesn’t pay the amount he has face the charge for committing Crime. She offered Rayapati that if he do the favor in terms of money she will rescue him and close the case.

After all these things happened he got a call from the Cunning Kutty Leena Maria Paul. By the next day after receiving call from Leena, A person named Manivardhan who came to meet Rayapati at his Office in Guntur. Manivardhan introduced himself as CBI officer and told about Maria Paul’s Call with Rayapati Sambasiva Rao and says she send him to meet Rayapati.

Manivardhan demanded for money and says they’ll take care about the case and get relieved from it. Manivardhan asked to settle the matter here with money they asked and they will close the case, otherwise the consequences will be different and no one will save him from the case.

Manivardhan try to blackmail Rayapati Sambasiva Rao at his office. With this dreadful incident Rayapati was shocked and felt that neither he never experienced the situation like this and nor even he never got a call from CBI like this way. Rayapati doubted about the money settlement deal and the persons behavior and informed to the Real CBI about the incident.

After all this the real CBI entered in to the crime scene and started interrogation all the incident came into limelight about Cunning Kutty Maria Paul’s blackmail sketch. CBI arrested the Fake CBI officer Manivardhan with support of CC Camera Footage and CBI found that another person named Selva Ramaraj from Madhurai who involved in the blackmail Sketch planning and execution. After interrogating these duo the the whole incident revealed.

The Lady behind the Screen of this Crime Scene adventure, Story, Screenplay and direction by Cunning Kutty Malayalam Actress Leena Maria Paul. In this Crime story another main person is involved that is none other than Maria Paul’s boy friend Sukesh Chandrasekhar who arrested for twice along with Maria Paul. Rayapati shocked with all of sudden with the incident.
To hunt and catch the Fake CBI team, Real CBI entered into ground and they went to Kochi in Kerala which is Maria’s home place. But the cleverest Cunning Kutty Maris Paul escaped from Kochi before the CBI reach to there. But the CBI got shocking facts and Crime Adventures list about Cunning Kutty Leena and her boy friend Sukesh Chandrasekhar. Charge Sheets have been filed against Leena and Sukesh in many Police Stations in India.

Leena is in Top list of the Police Records as Cunning Kutty. Where she acted many films in Kollywood, Mollywood and Bollywood, she earned and saved some lump sum amount. But she is not happy with the earnings and planned a big deals that bring tonnes of money. With her acting skills on screen she played many different kind of roles, But her off screen performance is more than that. She black mailed many persons with her talent.

Leena and Sukesh crime journey started in 2012, where she has a good times in Film Industry. Simultaneously she is doing short films along with movies, at that time she sharpened her criminal brain. The earning coming from money is not a big deal to her. She planned this Crime thriller Adventure of black mailing sketch. She confronted that this off screen black mailing sketch is a huge money spinner to her. Keeping her boy friend Sukesh as her right hand she started planning and executing the financial crimes and black mailing VIPs. On the way in their crime journey they appointed Manivardhan, Selva Ramaraj and Achyuth as their business partners. She executed the crime of cheating a Co-operative Bank for the Loan of Rs. 20 Crores and Fraud public with a name of bogus firm and arrested in these cases in Mumbai.

Again she return back to her hometown Kochi, Leena started Heavy International Beauty parlour business in the name of Nail. Maria Paul started this new business of Nail Beauty Parlours chain and invited Bollywood Actress Sunny Leone and Cricketer Sreesanth as chief guests for the opening. Later she started promoting the Nail Beauty Parlours with many famous Kollywood and Mollywood Actresses like Kajal Agarwal and Tamannah. She borrowed loan of Rs. 19 Crores from Canara Bank and Cheated. 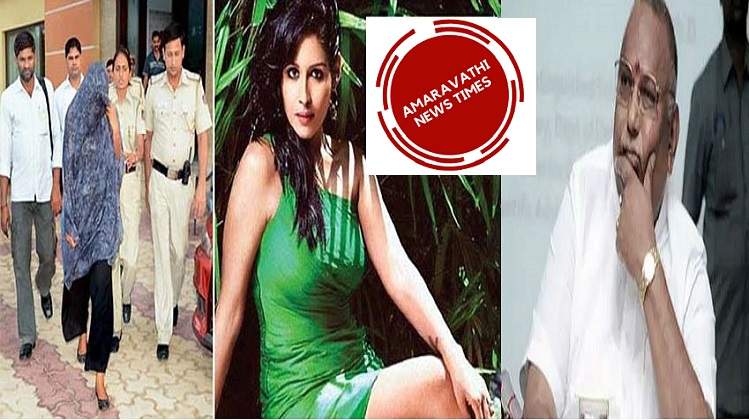